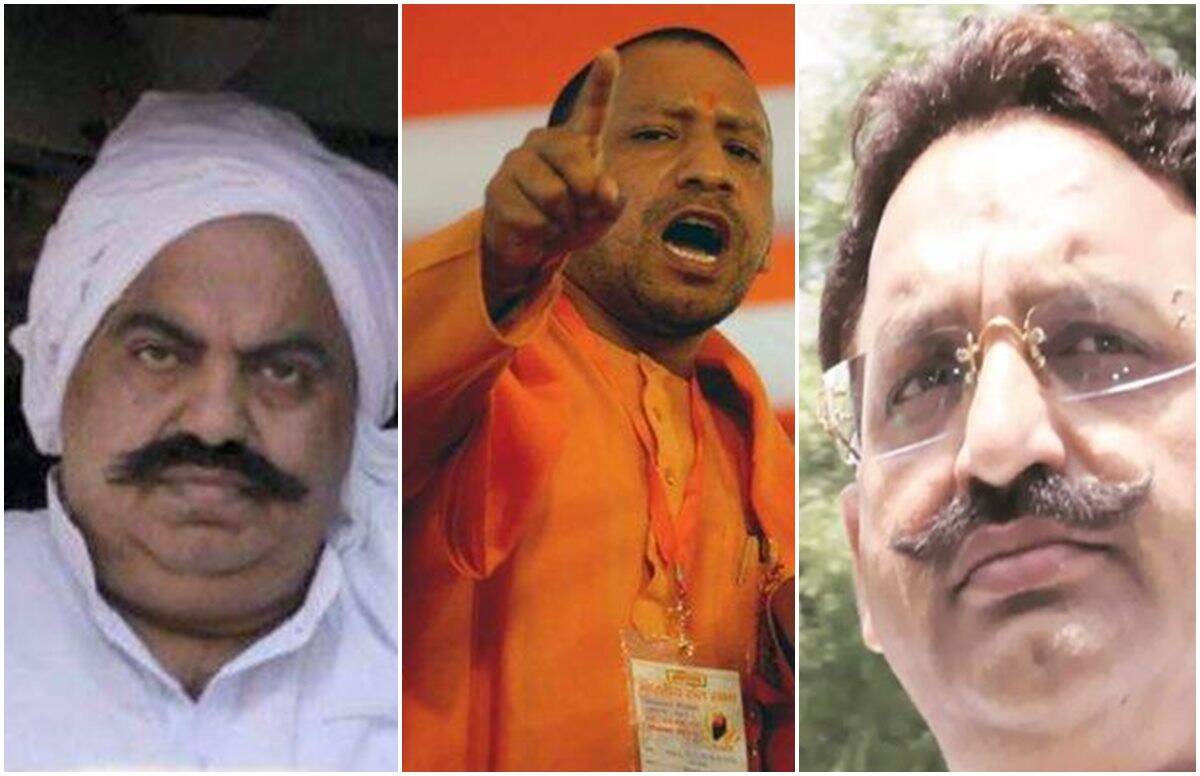 The Yogi Adityanath government in Uttar Pradesh has launched a campaign to demolish the state’s large mafia network and the government is targeting mainly mafia don Mukhtar Ansari, Atiq Ahmed, Anil Dujana and Sundar Bhati. Along with confiscating the property of these mafia leaders, the action is being taken on their operatives too.

As per reports, the Yogi Adityanath led government in Uttar Pradesh has listed 40 mafia dons and the government has seized their illegal assets and illegal businesses worth about Rs 300 crore. The UP government has so far registered 495 cases under the Gangster Act in the state, out of which most are against Mukhtar Ansari’s henchmen and close relatives.

According to the latest information, UP police in this campaign against the mafia in the state has seized assets worth Rs 48 crore in Agra Zone, Rs 47 crores from Varanasi Zone, Rs 25 crores from Barely Zone and Rs 10 crore each in Azamgarh, Ghazipur, Noida.

On Thursday, the Lucknow Development Authority took a big action against Mafia turned politician Mukhtar Ansari. In Dalibagh, two buildings built in an area of about ten thousand square feet were demolished. These buildings were built illegally and Mukhtar had fraudulently named after his mother. Later he named it after his two sons, Abbas Ansari and Omar Ansari.

According to the Lucknow Development Authority, this part of the Gata number 93 recorded in the authority’s documents is an enemy or evacuee property, which was tampered with 20 years ago in the name of Mukhtar Ansari’s mother Rabia and then Mukhtar’s two sons, Abbas Ansari and Omar Ansari who became the owner of this government property.

The expenses incurred in demolishing the illegal construction on this land of Lucknow Development Authority will also be recovered from Abbas Ansari and Omar Ansari. Simultaneously, instructions have also been given to take action against those officers, by registering an FIR, during whose tenure this government land was not only occupied but also illegal construction was done on it.

After taking action against Mukhtar in Lucknow, the Up government has now shifted its focus towards Prayajraj’sAtiq Ahmed. Two houses, including Atiq Ahmed’s office, were sealed by the police. The value of the attachment property is said to be 35 crores. Earlier on Wednesday, the police had sealed 5 properties of Atiq under Gangster Act 14 (1), which was worth 25 crores. Police have sent a report to the District Magistrate to take action on Atiq’s other properties.

The DM of Prayagraj Bhanu Chandra Goswami has ordered attachment of seven properties of Ahmed by 28 August under the Gangster Act. The attachment of 13 other properties is also under the consideration of the Prayagraj DM. By Wednesday the Police could seal only fie properties. It was reported that when Police went to seal Atiq’s office in Karbala, it was found that 8 other people had stakes in the property.

Prayagraj Senior Superintendent of Police Abhishek Dixit said, “Action has been initiated to attach five properties worth 25 crores of former strongman and MP Atiq Ahmed. The assets acquired through crime were attached at the behest of the District Magistrate. These include two houses worth two-and-a-half crore in Chakiya, two properties worth two-and-a-half crore in Om Prakash Sabhasad Nagar and Kalindipuram and property worth Rs 20 crore in the Civil lines, MG Road.”