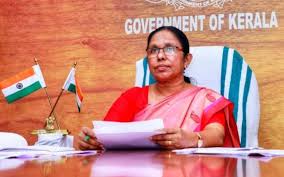 Kerala has been selected for the United Nations Award for its continuous work for the control and prevention of non-infectious diseases. The award recognises achievements during 2019 on the multisectoral action in the prevention and control of NCDs, mental health and the wider NCD-related sustainable development goals (SDGs).

On being selected for the United Nations Award, Kerala Health Minister KK Shailaja said that the award is an appreciation of Kerala’s untiring service in the health sector. While she also congratulated all the health workers for the achievement

This is the first time the state has been selected for this annual award. Kerala is one of the seven ministries of health worldwide. The state government release said that the award marks the victory of the disease control system in Kerala, and is the result of treatment and free services to a large section of the population.

Kerala off late was also in the global news as Kerala Tourism wrapped itself in glory as its internationally-acclaimed ‘Human by Nature’ campaign was chosen for prestigious PATA Grand Award 2020 for Marketing, giving a huge stimulus to the tourism industry in the state that is grappling with the aftermath of the COVID-19 pandemic.

Earlier this week, the Kerala government had ordered all its personnel to come to the offices. According to the government, due to the coronavirus epidemic, the functioning of the secretariat and other departments has been greatly affected. However, employees coming to the office must strictly follow the Kovid-19 protocol.

Orders in this regard were issued on Tuesday by Chief Secretary Vishwas Mehta. According to Mehta, due to the epidemic, the situation cannot wait indefinitely. Mehta said that the lockdown rules have severely affected the functioning of the Secretariat and other government offices. This order will also apply to state-owned public sector units.

B S Yediyurappa says will not allow Karnataka bandh against Maratha body, warns of action

Kumaraswamy says BJP offered him CM’s post earlier, ‘no question of seat-sharing now, will fight on our own’