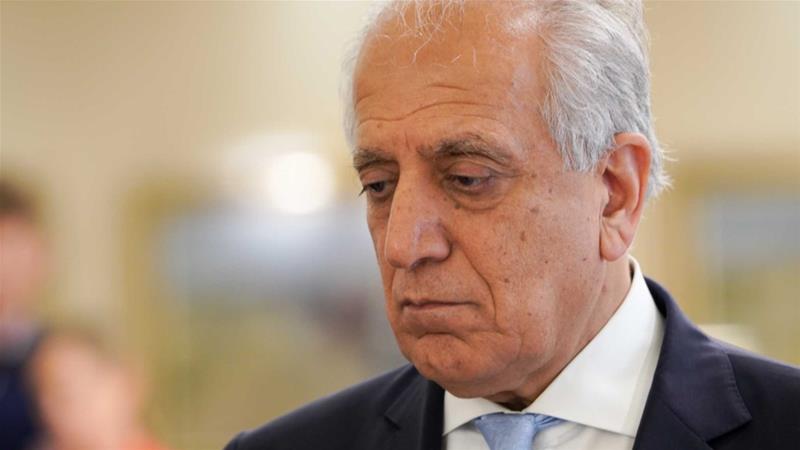 US special envoy on Afghan peace process Zalmay Khalilzad will land in India on Tuesday where he will meet top Indian officials to apprise Delhi on the intra-Afghan talks that started on Sunday in Doha.

As part of his itinerary, the US Special Representative for Afghanistan Reconciliation, Khalilzad met top brass in Islamabad on Monday.

He had earlier visited India in May this year and met External Affairs Minister S Jaishankar and NSA Ajit Doval.

“Had a good meeting with J. P. Singh, JS (PAI), Ministry of External Affairs of India in Doha-Qatar. We took stock of the developments on the peace efforts, & the need for genuine regional & international support for talks. I also thanked India for its continued support,” Abdullah tweeted.

Jaishankar, who joined the meeting through video conferencing, told the gathering that the peace process must be “Afghan-led, Afghan-owned and Afghan-controlled”, “respect national sovereignty and territorial integrity of Afghanistan” and “promote human rights and democracy”.

The US interlocutor wants to make sure that Rawalpindi GHQ takes adequate steps to keep the Taliban in check in the peace process. People widely believe that had it not been under the US, the Taliban would have turned the country into an Islamic state.

However, neither he nor the Ministry of External Affairs made any reference to “externally sponsored terrorism” — this has always been a reference to Pakistan.

In its statement on Saturday, the Ministry only said that “the issue of violence across the country and its neighborhood has to be effectively addressed”.

Officials, privy to the matter said that for the first time India participated in the intra-Afghan talks at the level of external affairs ministry. Amid all this, Pakistan is deeply concerned about India’s participation in the intra-Afghan talks at Doha. While at the same time the US, its other allies, and the Afghan government are highly appreciative of India’s reconstruction effort.