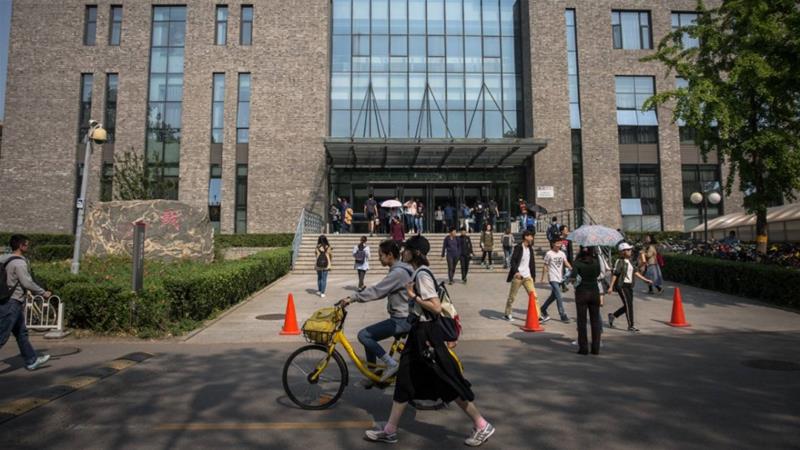 The United States has canceled more than 1,000 visas of Chinese students researchers who allegedly have ties with their military, accusing many of them to be involved in espionage. This is a new salvo fired by the US adding to the burgeoning dispute between the rival superpowers.

The US accuses China of abusing student visas to exploit American academia over the years. “We are blocking visas for certain Chinese graduate students and researchers with ties to China’s military fusion strategy to prevent them from stealing and otherwise appropriating sensitive research,” said Chad Wolf, acting secretary for the Department of Homeland Security.

The US secretary of state, Mike Pompeo, last month, highlighted the anomalies related to Chinese student visas. “Not every Chinese student who is here is working on behalf of or at the behest of, the direction of the Chinese Communist party, but it’s something President Trump has taken a serious, serious look at.”

Even President Donald Trump, back in May had claimed about this nexus between Chinese students and their People’s Liberation Army (PLA) army. A proclamation read “certain graduate level and above Chinese nationals associated with entities in China” that support or work with the Chinese military, the People’s Liberation Army (PLA) would be blocked from entering the US.” Chinese nationals studying in the US had stolen intellectual property and assisted the PLA, said Trump.

Hence, in this regard, the state department confirmed that than 1,000 visas had been revoked under its “broad authority” since it began acting on the Trump order on 1 June. “The high-risk graduate students and research scholars made ineligible under this proclamation represent a small subset of the total number of Chinese students and scholars coming to the United States,” said a department spokeswoman refused to divulge details on the visas revoked, due to privacy laws.

A few Chinese students enrolled in US universities said they received emailed notices on Wednesday from the US embassy in Beijing or US consulates in China notifying them about their visa cancelation.

As border tension continues to simmer, foreign ministers of India and China likely to meet today

Australia’s fire: State of emergency declared for the Canberra region

Trump derides Indian air quality, says it is filthy at US presidential debate