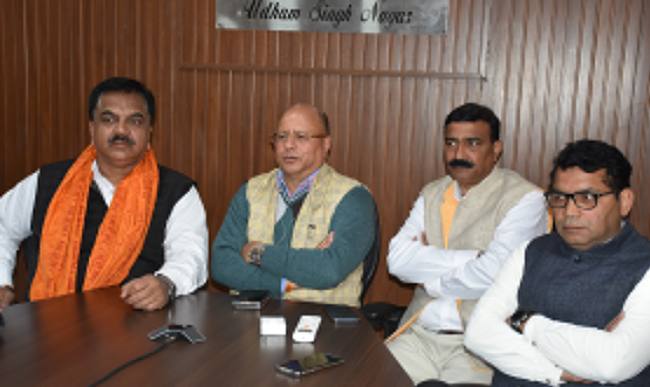 The government of Uttarakhand is gearing up to make the state a hub of military equipment and Defense preparedness for Indian defence forces. Uttarakhand State Industrial Development Corporation (SIDCUL) has been tasked to find a place to build a defence park in Dehradun. This search of Sidkul is likely to be completed soon.

Frontier state Uttarakhand is going to be the centre of military activities and development of military infrastructure. It is to be noted the Indian Air Force is looking for land for air defense radar and advance landing ground in the borderline districts of Chamoli, Uttarkashi and Pithoragarh.

Chief Minister of Uttarakhand Trevendra Rawat and the Air Marshal met on Saturday and discussed the plan. Before that, a top official of Border Road Organisation (BRO) also met the Chief Minister for the acquisition of roads near the border and environmental clearance. Uttarakhand has become extremely important for the military from a strategic point of view post-Indo-China border clash in  Galway valley.

It is to be noted that Indian and Chinese soldiers recently engaged in a bloodbath in the Galwan Valley. The scuffle between the two nuclear-armed nations in the disputed Himalayan border region led to the deaths of at least 20 Indian soldiers.

Secondly, the Uttarakhand government is taking a serious interest in the production of military equipment. A Defence Enterprise Policy has been formulated and entrepreneurs are now being encouraged to invest.

Some entrepreneurs from the state are converging, and they all have formed an association. This association will explore new possibilities in the business of military equipment in Uttarakhand under the Prime Minister’s Make in India campaign and the guidance of the Defence Research and Development Organization (DRDO).

It is also reported that Members of the association held an important meeting with Defence Research and Development Organization (DRDO) in Dehradun recently following which the entrepreneurs are highly excited. The association is now considering further possibilities. Anil Goyal, an entrepreneur connected with the association, said, “the central government has decided to manufacture more than 100 defence equipment in the country rather than buying it from other countries and Uttarakhand can take advantage of this.”

“Two such lists of defence equipment are to come. There is a lot of potential in this business and new employment opportunities will also be created. DRDO will provide the R&D of these devices and production will be done accordingly, “added Goyal.

Goyal concluded, “of course nothing is visible on the ground as well, but gradually the possibilities are taking shape.”

In order to make this dream a possibility, the Uttarakhand Government under the leadership of Trivendra Rawat has prepared a defence policy. Further, the state government has announced many incentives to investors under this policy. Additionally, SIDCUL has been tasked to find a location for Defence Park.

Chief Minister Trivendra Singh Rawat expressed happiness in how things have turned out so far as he said, “The government is making rapid strides to make Dehradun a defence hub. But there has been some delay due to corona. The policy has been made. Some entrepreneurs have come forward. This is the highest priority of the government.”

“What A Job You’ve Done…”! Trump quotes PM Modi who he says lauded him In Covid Fight