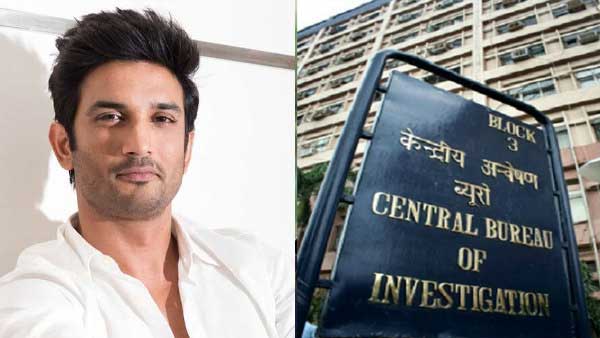 The Central Bureau of Investigation, currently probing the Sushant Singh Rajput’s death case has issued a statement that the media reports on the case are merely speculative and not based on facts.

The officers who are part of the investigation have said that they haven’t found anything incriminating that would suggest that it was a murder. They are now looking into the suicide angle of the case. “The CBI is conducting an investigation related to the death of Sh. Sushant Singh Rajput systematically and professionally. Certain media reports attributed to CBI investigation are speculative and not based on facts,” said the CBI statement.

It further stated that CBI does not provide details of any ongoing investigation to the media or others. “CBI spokesperson or any team member has not shared any details of the investigation with media. The details being reported and attributed to CBI are not credible. It is requested that media may please confirm details from CBI Spokesperson before quoting CBI.”

The people who are on the interrogation list of the CBI are Rhea Chakraborty who is the prime accused, her father Indrajit Chakraborty, her brother Showik Chakraborty, Sushant’s former manager Shruti Modi, the actor’s flatmate Siddharth Pithani, staff member Dipesh Sawant and others.These people have already been grilled several times in the last few days by the CBI. Other than the CBI, the case is also being investigated by the Enforcement Directorate in the money laundering charges against the prime accused Rhea Chakraborty. It also has the Narcotics Control Bureau that is looking into the drugs angle that emerged last week.

Naval officers in the dock: CBI raids 26 places in one day in fake bills case