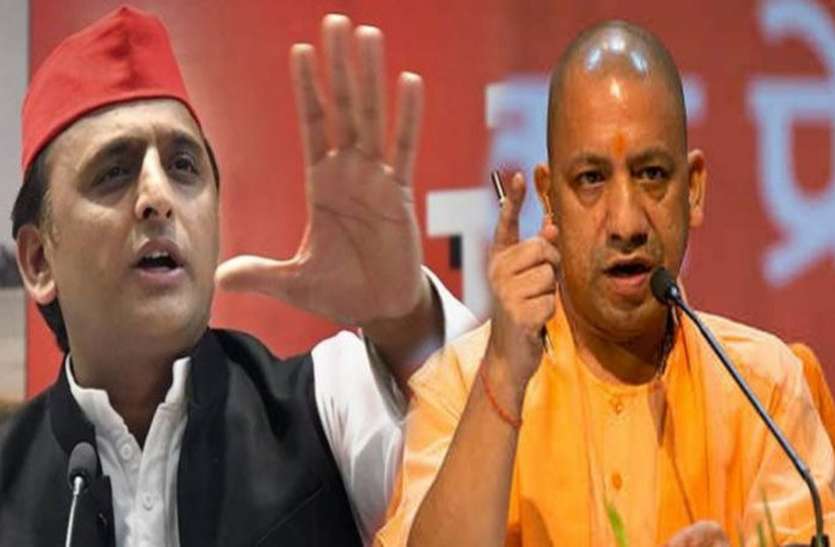 The Samajwadi Party (SP) supremo and former UP Chief Minister Akhilesh Yadav targeted the Bhartiya Janta Party (BJP) government in the state regarding its claim of fulfilling the promise of providing laptops to 96 students who have excelled in high school and intermediate examinations of the State board. The former CM alleged that the BJP had announced to give laptops to the youth in its election resolution, but the promise has not been fulfilled till date.

In a statement released on Sunday, SP President Akhilesh Yadav accused the BJP of indulging in fraud politics. The statement also pointed out that while BJP was indulged in fraud politics SP district presidents and MP’s gave laptops to all the meritorious students of the state and also honoured their parents. The statement further claims that for Intermediated examination 2020, 50 students were selected out of which 47 were presented with laptops,including four in Baghpat, Unnao, Fatehpur, three each in Lucknow and Kanpur Nagar, Auraiya, Prayagraj, Sultanpur, Lakhimpur, Varanasi, Two students each from Bareilly, Mau and Amroh and one student from Kaushambi, Etah, Chandauli, Rae Bareli, Kanpur Dehat, Agra, Ghazipur, Kannauj, Maharajganj, Sitapur, Chandauli, Hathras and Jaunpur were provided laptops.

Akhilesh Yadav further questioned Yogi Adityanath regarding demolition of illegal structures related to ruling party members as he said, “I would like to know from the CM that when will the illegal constructions of the ruling party members in UP including Gorakhpur, Varanasi, Prayagraj, will be demolished? ‘

It is to be noted that SP MP Azam Khan, son Abdullah Azam and wife Tanjim Fatima are in Sitapur jail, but the Rampur administration has prepared a long list of proceedings against Azam Khan. A notice has been issued to break the illegal construction in Azam Khan’s private restaurant.

After issuing instructions to demolish the bungalow of Samajwadi Party MP Azam Khan, now the Uttar Pradesh government is going to cancel the bungalow allotted in the name of his sister NikhatAflak.

A woman from Rampur had filed a complaint against this allocation. Taking action on this complaint, Lucknow Municipal Corporation has taken action.

Earlier on Saturday, the Rampur Development Authority issued a notice to break the Humsafar Resort of Azam Khan. The notice states that SP MPs should demolish the illegal construction themselves within 15 days, otherwise the administration will take action and the cost of demolishing this illegal construction will also be recovered from them.

A notice to demolish Azam Khan’s resort has been sent to his wife Tanjim Fatima in Sitapur Jail.