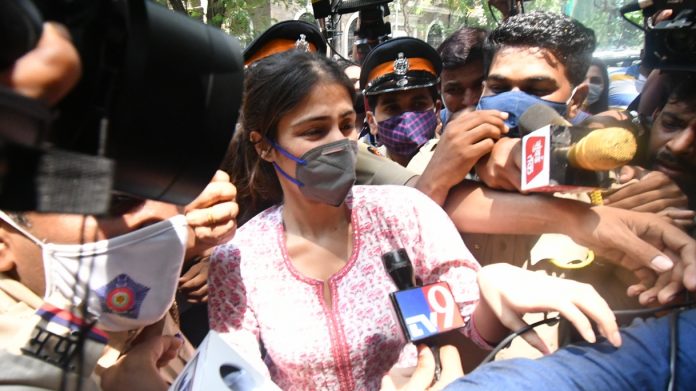 Dubbing it as a Mumbai Police ploy to jeopardize the CBI probe, the lawyer representing Sushant Singh Rajput’s family, Vikas Singh, says that it is an offence. It is a move to keep the state police active in the matter, he alleged.

Rhea Chakraborty has filed a complaint with the Mumbai Police accusing Rajput’s sister Priyanka Singh and a Delhi-based doctor of committing forgery and concocting a “fake” prescription of medicines for anxiety.

Mumbai police have no role to play in this probe now

Talking to reporters, Singh said, “The complaint is itself an offence. This is a ploy to derail and deflect the investigation. This is an attempt to keep Mumbai police alive in the case so that they can do some mischief and ensure that the family of Sushant does not get justice in this matter.”

Rhea, in her complaint lodged with the Bandra police, sought that Priyanka Singh and Dr. Tarun Kumar of Ram Manohar Lohia Hospital in New Delhi, be arrested under relevant sections of the Indian Penal Code for forgery, the Narcotics Drugs, and Psychotropic Substances (NDPS) Act and the Telemedicine Practice Guidelines.

However, the deceased actor’s family lawyer said that there can be no FIR in this matter and the complaint is not maintainable as the Police do not have jurisdiction.

He also stressed that the investigation in the case has been handed over to the CBI by the Supreme Court and the state police have no business to see whether Telemedicine Practice Guidelines have been violated or not.

The Mumbai Police had lodged an Accidental Death Report (ADR) in the case of SSR, 34, who was found dead at his apartment on June 14.

The FIR accused them of cheating and abetting his son’s suicide. He also claimed that they had embezzled Rs 15 crore from his Sushant’s bank accounts. Following his complaints, the Enforcement Directorate is probing the money laundering charges. The FIR lodged by Patna police was later handed to the Central Bureau of Investigation (CBI). The Narcotics Control Bureau (NCB) is also probing the drugs angle in the case.

WHO: Review committee to begin work on Covid-19 response

CBSE: Children of martyrs will get exemption in exam