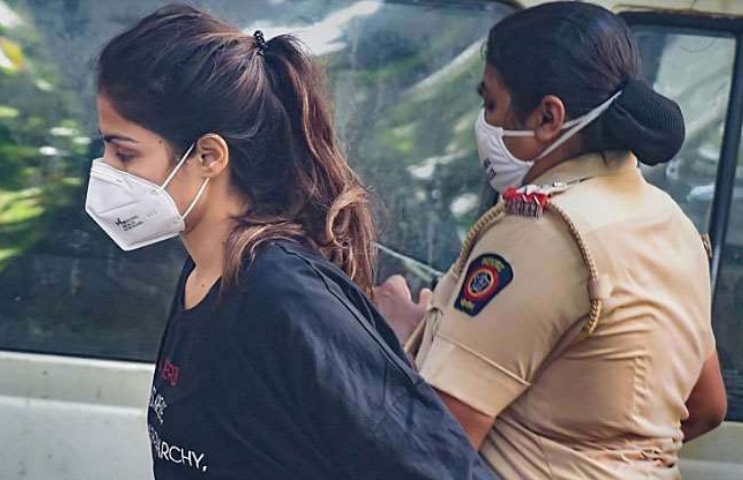 Arrested by the NCB on Tuesday in connection with the investigation of a drug angle in actor Sushant Singh Rajput’s death, Rhea Chakraborty was transferred to the Byculla jail on Wednesday.

Rhea was arrested by the agency under the Narcotic Drugs and Psychotropic Substances Act. The court rejected her bail plea the same day. The bail rejection left her father very dejected. ‘No father can bear injustice on his daughter. I should die,’ her father expressed his disappointment on Twitter.

“Rhea is an active member of a drug syndicate and used to manage finance for drug procurement along with the late actor,” read the NCB remand application.

Rhea was summoned to the NCB office for questioning for three consecutive days before she was finally arrested.

Although the agency said that it had not found any contraband from Rhea and her brother Showik’s residence in Juhu there was enough evidence to produce her before the court.

“We have sufficient material to arrest her, but I will not comment on the evidence in this case. We will produce that before the court,” the agency added. Meanwhile, Rhea and her brother named 25 Bollywood personalities, who will also be summoned by the NCB. The actress reportedly spilled the beans on recent Bollywood parties and how drugs were smuggled. Incidentally, Rhea had earlier revealed that Sushant Singh Rajput consumed drugs on the sets of his film ‘Kedarnath’.