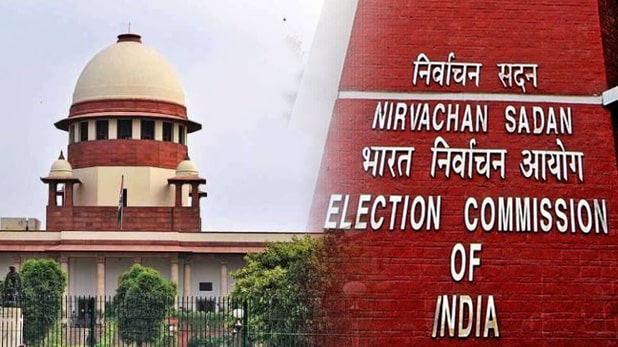 The Rashtravadi Janata Party filed a petition in the Supreme Court seeking direction to the Election Commission to postpone the Bihar Assembly elections. It is to be noted that the Election Commission has announced to hold elections and by-elections in Bihar in October-November. The plea seeks direction for EC to hold the election in March 2021. However, a similar petition has been rejected by the Supreme Court saying that COVID is not a valid basis for postponing the election.

The petition has sought to direct the Election Commission to postpone the elections in 2021 next year. The Nationalist Janata Party, citing the floods and the Corona crisis in Bihar, has argued that it is the responsibility of the government to think about the safety of its citizens.

It is known that the Election Commission had announced on September 4 that 65 by-elections to be held simultaneously in various states, including the Bihar assembly elections. There are 64 seats vacant in various state assemblies of the country. At the same time, a by-election is also to be held for one Lok Sabha seat.

The Supreme Court had earlier dismissed another similar PIL on August 28. In that petition, it was requested that the Election Commission should be directed not to hold assembly elections in Bihar until the state is free from the Covid-19 epidemic. On the petition, the court said that before taking any decision regarding the election, the Election Commission will consider the entire situation.

Bihar assembly elections are expected to be held before November 29, 2020, as the term of the current house is ending on 29 November. In the elections for the 243-member assembly, the Grand Alliance and NDA are working day and night to emerge victorious in the elections.

On Monday, Bihar Chief Minister Nitish Kumar held a virtual rally as ruling party JDU formally started its election campaign for the upcoming assembly elections. In his speech, Nitish Kumar spoke extensively about the flood victims and the government’s steps in dealing with the Corona epidemic. But he did not miss the opportunity to attack the opposition as he urged people to tell the new generation about the past referring to the Lalu-Rabri reign.

“Tell the new generation about the old things else if they choose tot to support the wrong then all our hard work will go in vain,” Nitish Kumar said while referring to the Lalu-Rabri rule.

The JDU claimed that around 3 million people were connected to their virtual rally through social media and through LED screens and projectors in the towns and village-countryside.

The Bihar Chief Minister talked about work done for flood victims and informed how the coronavirus testing has increased to 1.5Lakh in the state.

Bihar CM also said, “Who is not aware of what happened during the Lalu-Rabri reign in the state?”

WHO: Review committee to begin work on Covid-19 response