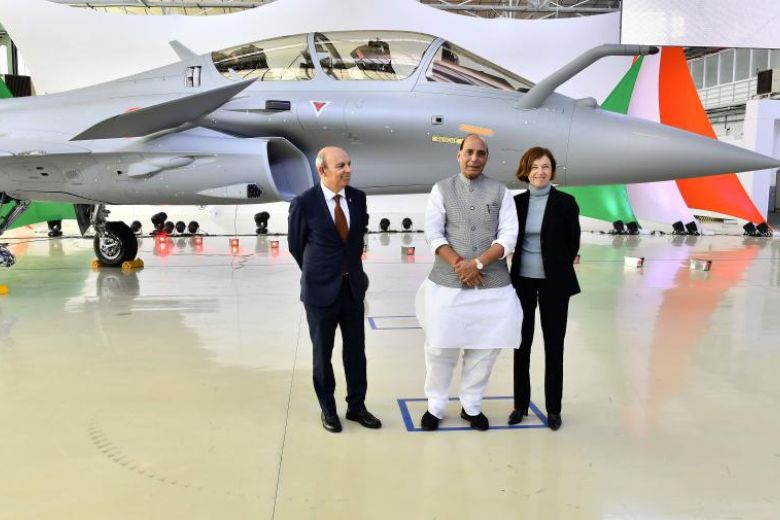 The defence minister Rajnath Singh will formally induct the much talked about Rafale fighter aircraft brought from France into the IAF. The aircrafts will be part of the fleet on September 10. Sources also say that the French Defence Minister.

“The first five Rafales are going to be inducted into the Indian Air Force on September 10 by Defence Minister Rajnath Singh. India is also inviting the French Defence Minister Florence Parly for the event,” said top government sources told the media.

The ceremony will take place in Ambala. The AIF received the first Rafale jet in October last year during Rajnath Singh’s visit to France. While the first squadron of the Rafale jets will be stationed at the airbase in Ambala, the second one will be based in West Bengal at Hasimara airbase.

The first lot of five aircrafts had reached India from France on July 29. The Indian Air Force had mentioned that the aircrafts will be inducted into the IAF after a formal ceremony.

Currently, the Indian Air Force has Sukhois and MiG-29s, and the Rafales would be a grand addition to the fleet which will be an integral part. The French aircraft will now be at the forefront and the main lead.

It is estimated that the IAF has spent approximately around Rs. 400 crores to build infrastructure that includes shelters, hangars, and maintenance facilities to keep the aircrafts.

India, US to rekindle dialogues on homeland security