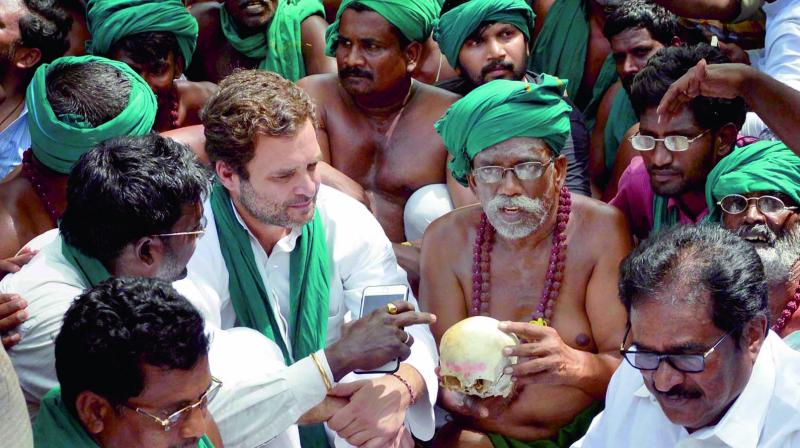 To stand in solidarity with the farmers, former Congress president Rahul Gandhi may join their protest in Punjab this week. The farmers across the nation are agitating against the government over three farm laws passed by Parliament last week.

“After Punjab, he may join the protesting farmers in Haryana. But we are not sure if the BJP government in Haryana will allow him to enter the state,” said a Congress leader.

The protest rally is part of the Congress party’s ongoing two-month-long nationwide protest program against the government over the three farm laws— The Farmer’s Produce Trade and Commerce (Promotion and Facilitation) Bill, 2020, the Farmers (Empowerment and Protection) Agreement of Price Assurance and Farm Services Bill, 2020 and the Essential Commodities (Amendment) Bill, 2020.

The controversial farm laws were cleared by both the Houses of Parliament last week, inciting the farmers’ agitation, especially in Punjab and Haryana.

President Ram Nath Kovind on Sunday gave the go-ahead signal to the three contentious bills, although the opposition parties coaxed him to return them and only sign once they were passed after proper rules and procedures were followed.

Amidst the nationwide protests by farmers and opposition parties, Prime Minister Narendra Modi speaks highly of these controversial farm bills. PM Modi termed the laws as a “watershed moment” in the history of Indian agriculture, which will bolster millions of farmers.

The controversial farm laws also caused a crack between the BJP and SAD, the oldest political ally of the ruling party and the NDA. T4he move saw the exit of the Shiromani Akali Dal (SAD), one of the Bharatiya Janata Party (BJP)’s oldest allies, from the National Democratic Alliance (NDA). Its Union minister Harsimrat Kaur Badal also resigned from the Modi government.