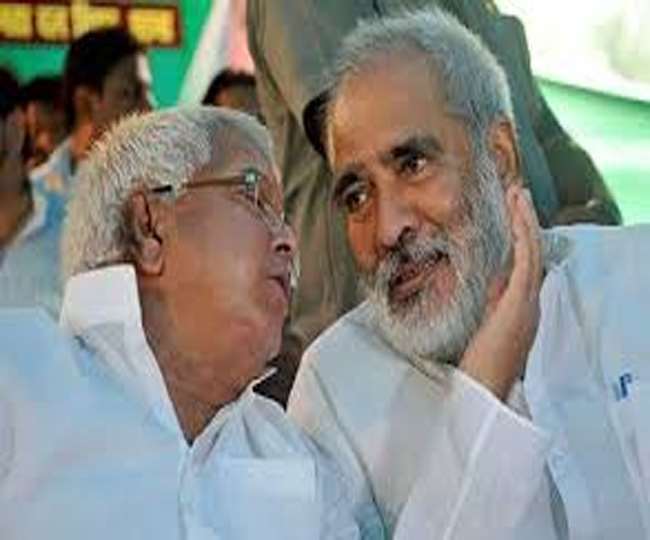 RJD national vice-president Raghuvansh Prasad Singh broke off from the party on Thursday. Raghuvansh Prasad, admitted to the ICU of All India Institute of Medical Sciences Delhi, resigned from the primary membership of the RJD from the hospital itself. RJD chief Lalu Prasad has also tried to persuade him by writing an emotional letter from RIMS as soon as the resignation was received.

In his letter to the Chief Minister Nitish Kumar, Raghuvansh Prasad has requested to expand the management of government and SC-ST land under the MNREGA law and also to add the land of common farmers in that section. He has also urged that the ordinance to this effect be immediately implemented and the code of conduct to be avoided.

In his second demand from CM Nitish, Raghuvansh Prasad Singh, calling Vaishali the mother of democracy and the first republic, has urged the Chief Minister to decide to hoist the national flag in Patna on 15 August and in Vaishali on 26 January… He referred to the first Jharkhand bifurcation of 2000 for the same and said that earlier on January 26, there used to be a flag-raising in Ranchi.

At the same time, in the third demand, Raghuvansh Prasad Singh has appealed to bring the holy utensil of Lord Buddha from Afghanistan to Vaishali. Singh claims that Lord Buddha had given his utensil as a memorial to the people of Vaishali.

On the other hand, after the resignation of Raghubansh Prasad Singh, the founding member of Rashtriya Janata Dal (RJD), RJD supremo Lalu Prasad Yadav has written a letter in his style from the hospital itself. Lalu wrote, “Dear Raghuvansh Babu, a letter allegedly written by you is being run in the media. I can’t believe it Right now and my family and the entire RJD family wants you to get well soon and join us soon.”

Lalu further wrote, “In four decades, we have dealt every political, social and even family affairs together. You get well soon, then we will sit and talk. You are not going anywhere, understand.”

Sources claim, after the announcement of Raghuvansh Prasad Singh’s resignation from the RJD, the big leaders of the National Democratic Alliance (NDA) are in contact with him. Speculation is also ripe that Raghuvansh Prasad Singh’s elder son Satyaprakash Singh being made MLC from Governor’s quota. Sources close to the development said that JDU is in talks for the same. However, Raghuvansh has not said anything in this regard.

It is noted that Raghuvansh Prasad Singh was angry about the news of Rama Singh’s entry in RJD. He had also strongly opposed Rama Singh entry into RJD. This is the reason why Rama Singh is yet to find a place in the RJD.