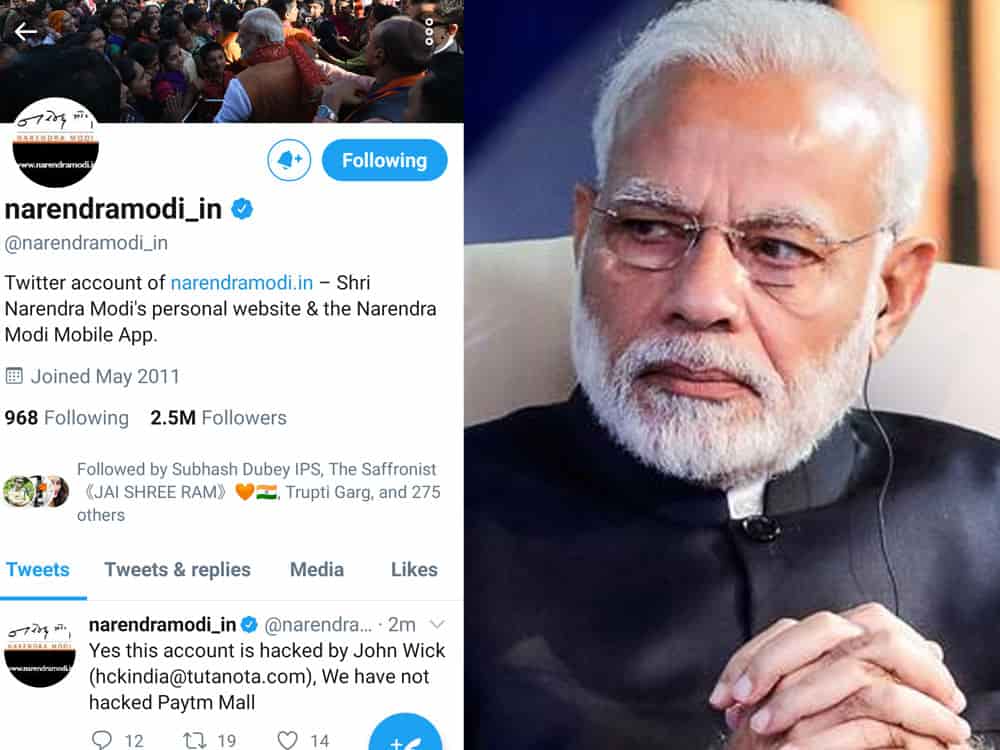 PM Narendra Modi’s Twitter account linked to his website has been hacked in the wee hours on Thursday which was marked with a series of tweets urging people to donate to a relief fund through cryptocurrency.

Even the social media giant Twitter had confirmed the news. “@narendramodi_in – associated with the PM’s website narendramodi.in was compromised. Shortly after 3 am, several posts were made, including some urging people to donate to a cryptocurrency wallet that the hackers said was linked to the “PM National Relief Fund”.

“We are actively investigating the situation. At this time, we are not aware of additional accounts being impacted,” said a Twitter spokeswoman in an emailed statement.

The alleged tweets have been taken down after that. However, before they could be removed people had already recorded screenshots and they are currently trending on social media.

The hacker identified himself as ‘John Wick’ a fictional character that Keanu Reeves played in a Hollywood movie.

Such incidents raise the alarm among internet users who are concerned about the safety of their confidential information. The frequent incidents of such hacks raise a serious concern over the adequacy of Twitter’s security mechanisms. Unless the microblogging fortifies its security protocols, one day it might cause widespread havoc among users.