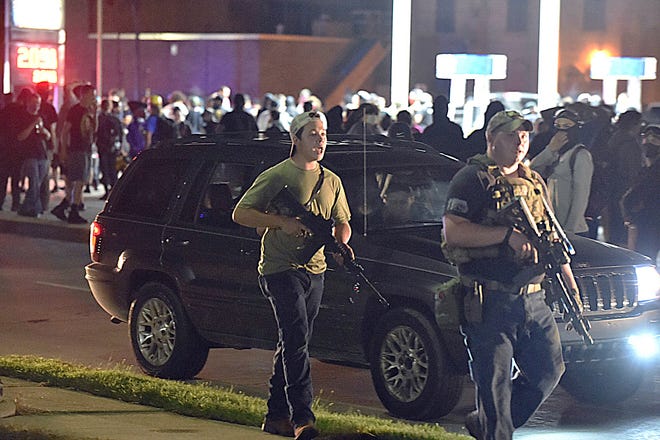 The Wisconsin Police reported that over 250 people have been apprehended since the imbroglio that erupted after the shooting of Jacob Blake in Kenosha. Those arrested are mostly from outside the county that the southeastern Wisconsin city is in.

The situation has remained tensed since Blake, a Black man, was shot seven times in the back by a white police officer on Aug. 23.It sparked three nights of unrest that unfolded in roughly two dozen fires and vandalism damaging numerous downtown businesses.

Two nights after the shooting, prosecutors say 17-year-old Kyle Rittenhouse shot two demonstrators killing them and wounded a third. His attorney terms it as self-defense.

Among those arrested, four people filed a federal civil rights lawsuit on Wednesday, alleging that police were not arresting pro-police demonstrators like Rittenhouse who were breaking a curfew, while targeting others. The city’s attorney declared the lawsuit baseless and said it should be dismissed.

The police said that the city has suffered heavy damage with property worth $2 million dismantled while the damage to county property was about $385,000.

The curfew imposed since August 24, has been relaxed on Wednesday. President Donald Trump visited Kenosha on Tuesday and expressed his gratitude to law enforcement for their efforts and his Democratic rival Joe Biden was in Wisconsin on Thursday and met with members of Blake’s family and Kenosha community leaders.

As India, China meet over LAC talks today, both sides to have foreign ministry officials