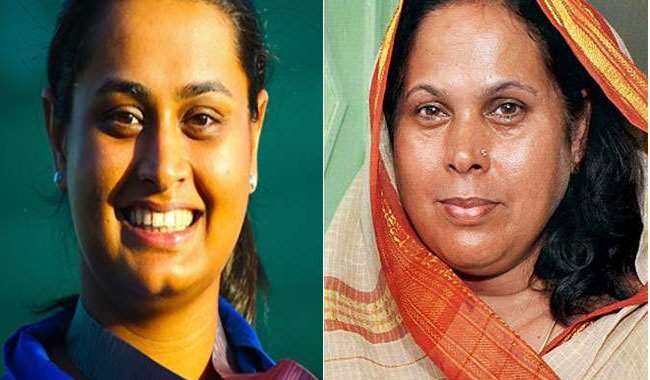 With Bihar elections just around the corner, political parties are indulged in luring political stalwarts into the party while many famous celebrities are also trying to get into politics by joining a party of their choice. In a similar case 2018 Commonwealth Games shooting gold medal winner, Shreyasi Singh, along with her mother and former Banka MP Putul Kumari, is likely to join Lalu Prasad-led RJD in the first week of September. Sources close to the development have revealed that RJD supremo Lalu Prasad Yadav has already given a green signal in this regard.

Shreyasi is the daughter of former Union Minister Digvijay Singh and former MP Putul Singh. It is believed that a final decision can be taken at a meeting of supporters on September 4 at her residence in Jamui.

Reports claim that Putul Singh wants to field 5 of her supporters on RJD ticket from Banka, Bhagalpur and Munger parliamentary constituencies. RJD has also given a green signal to three of them. It is speculated that if the RJD gives the nod for one more seat then Putul Singh can join RJD. According to sources, Putul Singh has sought a seat from Banka, Amarpur, Sultanganj, Dhoraiya and Jamui from RJD. It is also being speculated that national shooter Shreyasi Singh can also contest the forthcoming Bihar assembly elections on the RJD ticket from Amarpur seat in Banka district.

“Putul, the widow of former Union minister Digvijay Singh, is in Delhi. She will join RJD in the presence of former CM Rabri Devi once she and her daughter return to the state capital. Putul has told us she will join in the first week of September. The date will be announced in a day or two,” a senior RJD leader told a leading daily on Sunday. Sources close to the development have also said that Two senior bureaucrats, including one from Jharkhand cadre, played a vital role in the negotiation between Putul and senior RJD leaders.

Putul Singh won the Lok Sabha election from Banka as an independent candidate in the 2010 by-election following the death of her husband and former Banka MP Digvijay Singh. She later joined the BJP. IN 2014 Putul Singh contested the election as a BJPO candidate but lost to RJD’s Jaiprakash Yadav. In 2019, the Banka seat was allotted to Janta Dal-United and angered by this Putul Singh contested the elections as an independent after which the BJP expelled her from the party for six years.

Shreyasi chose not to comment on the issue and said that she came to know about the development only through media reports, However, she neither denied nor confirmed the reports. “I will not comment on these issues. My mother will comment on political matters. Please talk to her,” Shreyasi said. She, however, neither denied nor confirmed the media reports. “I am not saying anything on the issue,” she said.

Bihar is prepping for the state assembly elections slated for October-November this year. In the recent development, former Bihar Director General of Police (DGP) Sunil Kumar joined the ruling Janata Dal (United) on Saturday and is likely to contest the state assembly elections. After joining JD(U), Sunil Kumar said, “I have complete faith in the policies of Chief Minister Nitish Kumar. I am getting into politics and joining Nitish Kumar with the sole intention of doing social service.”