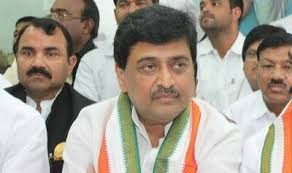 Supreme Court had recently passed an interim order prohibiting the implementation of that state law of 2018, which provided reservation to the Maratha community in government jobs and education. The Supreme Court has referred the matter to the Constitution Bench. Since then, politics in Maharashtra has been hot on this matter. Meanwhile, the Maharashtra government, favouring Maratha reservation, demanded the Supreme Court reconsider the maximum limit of 50 per cent fixed for reservation. The state government has argued that that the maximum limit of reservation was set about 30 years ago by a bench of nine judges in the Indra Sawhney judgment. It should be reconsidered now.

Chavan, who heads the cabinet sub-committee on the Maratha quota, said there is also a proposal to file a recall application before the three-member SC bench that gave the ruling and move the Constitution bench to vacate the interim stay on the operation of the 2018 reservation law. Describing the SC’s interim order staying the implementation of the Maratha quota in jobs and education as”unexpected and surprising”, Chavan said the law had been unanimously passed by the state legislature.

The state government has said that the case for reconsideration of the maximum limit of the reservation should be referred to a bench of 11 judges, as 70-80 per cent of the state’s population is backward and it would not be right to deny it a proportional reservation. This argument was given by the state government during the ongoing hearing in the Maratha reservation case on Wednesday. A three-member bench headed by Justice L Nageswara Rao is hearing a petition challenging the 12 per cent Maratha reservation in Maharashtra. During the hearing, senior advocate Mukul Rohatgi, appearing for the Maharashtra government, said that just a few days ago, the court has sent a matter of 10 per cent reservation on an economic basis to the Constitution bench. There is also a case of violation of the 50 per cent limit. Which was decided by the Supreme Court in 1992 in the Indrahani judgment.

Significantly, on 29 November 2018, the Maharashtra Legislative Assembly passed a bill to provide 16 per cent reservation in education and government jobs to the Maratha community under the Socially and Educationally Backward Classes (SEBC). After this, the Governor of Maharashtra approved the bill. The Bombay High Court also upheld the constitutional validity of the reservation in June 2019. The Maharashtra government’s decision was later challenged in the Supreme Court.

BJP leader and former Maharashtra Chief Minister Devendra Fadnavis said that he is shocked by the Supreme Court’s decision to stop the implementation of Maratha reservation. Leader of the Opposition in the Legislative Assembly Fadnavis said that the court’s decision in this regard is extraordinary, as the Bombay High Court upheld the Act of 2018 providing reservation to Maratha community people in government jobs and educational institutions in Maharashtra.

It is to be noted that the act was passed when the Fadnavis-led BJP-Shiv Sena government was in power in the state. The former chief minister also criticized the current Shiv Sena-led government of the state over this issue. He said, “Instead of giving a logical argument, some leaders are raising the finger on the centre regarding this subject. This is a childish excuse to divert attention from his poor work.”

Maharashtra Home Minister Anil Deshmukh said that when the police recruitment is done, the state government will try to bring justice to the Maratha community. In a video message shared on Twitter, Deshmukh said that the government will set aside 13 per cent of posts for the community after examining the legal aspects. The Maharashtra cabinet on Wednesday approved the recruitment of 12 thousand 528 police constables. The minister said that the Maharashtra government is making all efforts to ensure that Maratha reservations remain effective.

B S Yediyurappa says will not allow Karnataka bandh against Maratha body, warns of action