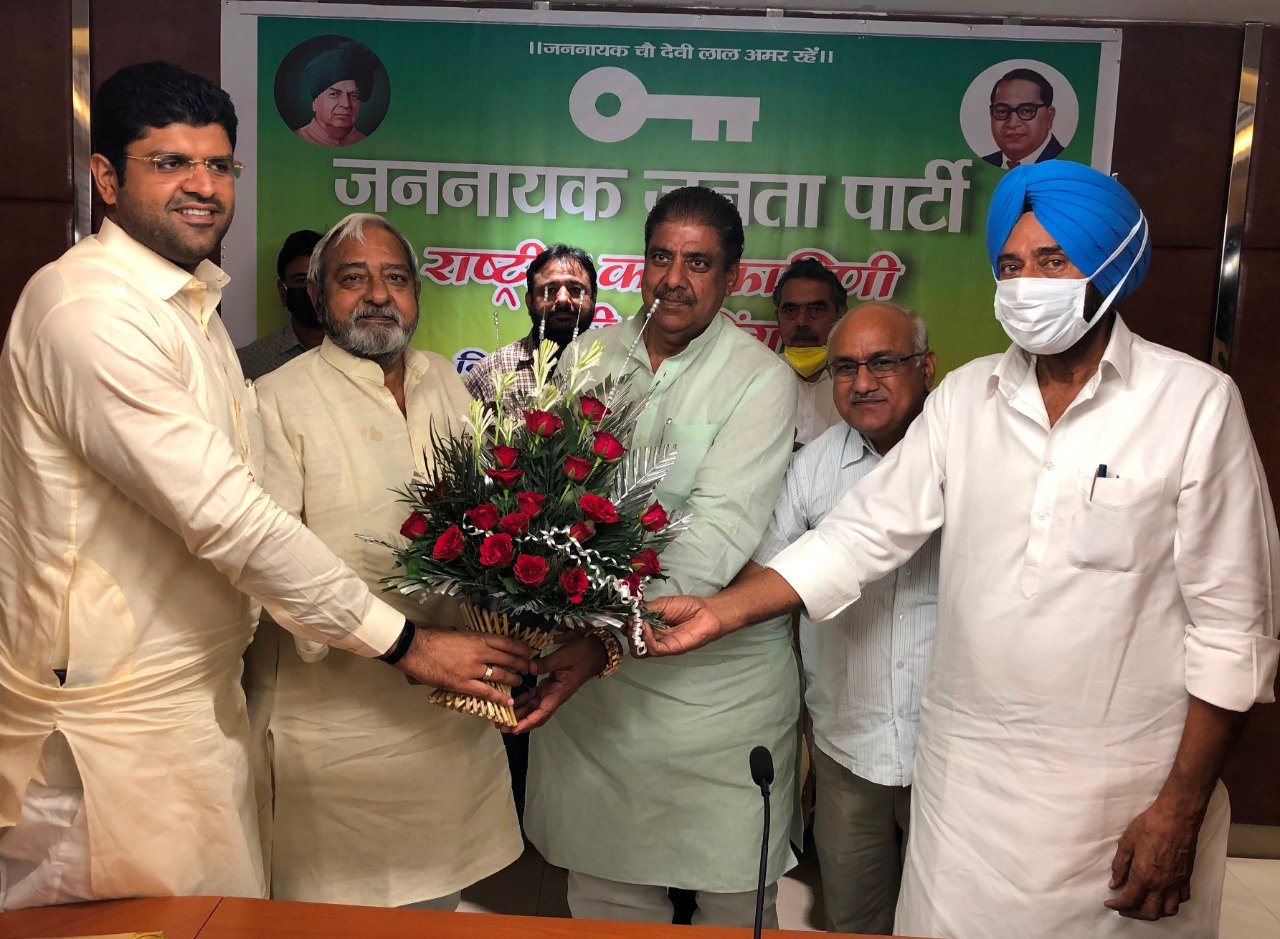 Haryana’s veteran leader and former MP Dr Ajay Singh Chautala will be the new National President of Jananayak Janata Party. In the first meeting of the newly formed National Executive of the party held on Monday at PWD Rest House, the party’s President Sardar Nishan Singh announced the name of Dr Ajay Singh Chautala for the National President. He said that the party’s national executive has taken this decision unanimously. On this occasion, Chautala said that he will work to strengthen the party by taking one worker along with the responsibility given to him by the party.

The newly appointed JJP national president said that he will work vigorously to take the party to the national level. After being elected president, Ajay Chautala said that Baroda by-election will be contested with BJP. Candidates belonging to any party, the JJP will contest the elections with full force. At the meeting, Haryana Deputy Chief Minister Dushyant Chautala, JJP state president Nishan Singh and national executive members expressed their faith under the leadership of Dr Ajay Chautala.

Chautala further said “JJP party will strengthen its organisation with by strengthening each and every party worker. In addition, the party organization will be strengthened in other states as well.”

JJP leaders say that the party’s relationship with the BJP, which is leading a coalition government in the state, is like ghee-sugar. Party strategists are chalking out a policy to deepen the alliance and strengthen the alliance with the BJP. The JJP leader further indicated that Baroda by-elections will be fought on the same lines as the two parties contested the Delhi Assembly elections.

The focus of JJP will be on connecting the workers especially the Dalits and backward classes. In response to Abhay Chautala, who is active in bringing back old supporters from INLD, the JJP has put forward his elder brother Ajay Chautala. Ajay Chautala, who is on parole in the Corona period, will take advantage of the opportunity to campaign to connect new people to the party.

There is no definite decision as to which party will be the candidate in the Baroda by-election. Despite this, Ajay Singh Chautala has made it clear that the two parties will fight together firmly and the coalition candidate will win the by-election. The party’s focus will now be on strengthening the organization in urban areas as well as connecting people from every section.

Dr Ajay Singh Chautala came into active politics in the 80s and won his first election in 1989 from Rajasthan Assembly constituency of Daata Ramgarh. He contested the second election from Rajasthan’s Nohar Assembly seat in 1998 and won it for the second time in Rajasthan. Ajay Singh Bhiwani became an MP by winning Lok Sabha seat in 1999 and 2004 he was elected a member of Rajya Sabha. Ajay Singh became a member of the Haryana Legislative Assembly for the first time by winning the Dabwali seat in the 2009 assembly elections. In this election, he received 47.55 per cent votes from Dabwali.