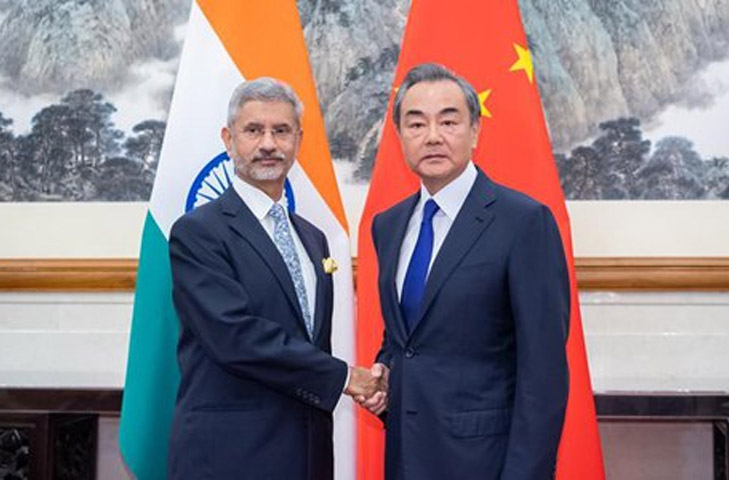 As the imbroglio along the border continues with the Indian Army and the Chinese People’s Liberation Army(PLA) standing toe to toe, both the countries have now decided on a five-point plan to quell the war-like situation in eastern Ladakh. The atmosphere along the LAC is tense in multiple areas since early May.

Both the countries are trying hard to chalk out a plan to resolve the prolonged border face-off in eastern Ladakh that included abiding by all existing agreements and protocol on management of the frontier.Efforts have been made to maintainpeace and tranquility and dodging any misadventure that could escalate matters.

The two nations agreed to the plan when External Affairs Minister S Jaishankar and his Chinese counterpart Wang Yi met in Moscow on Thursday evening.

Early on Friday, the Ministry of External Affairs (MEA) issued a joint press statement stating the five points which were agreed upon by both the sides at the “frank and constructive” discussions by the two ministers.

“The two foreign ministers agreed that the current situation in the border areas is not in the interest of either side. They agreed, therefore, that the border troops of both sides should continue their dialogue, quickly disengage, maintain proper distance and ease tensions,” the statement read.

According to the joint statement, both the foreign ministers were on the same page agreeing to take guidance from the series of consensus arrived at when the leaders of both the countries—Narendra Modi and Chinese President Xi Jinping—met and worked out strategies to enhance India-China relations, including not allowing differences to become disputes. The joint statement also said that “The two ministers agreed that both sides shall abide by all the existing agreements and protocol on China-India boundary affairs, maintain peace and tranquility in the border areas and avoid any action that could escalate matters.”

Raghuvansh Prasad Singh resigns from RJD, Lalu says, ‘you are not going anywhere’

Australia’s fire: State of emergency declared for the Canberra region

China retracts at Galwan valley, pulls back its troops by 1.5 km