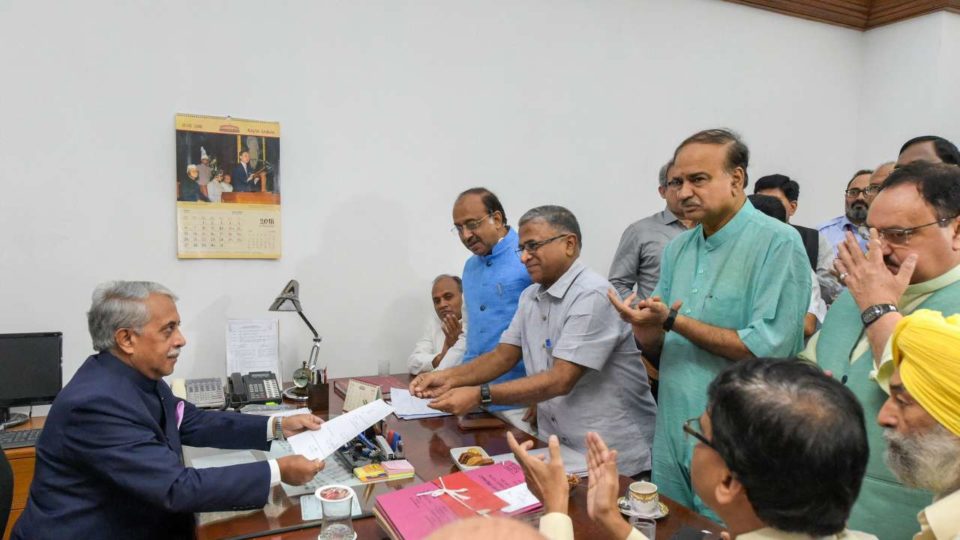 Harivansh filed his nomination in the presence of Rajya Sabha leader Thawarchand Gehlot and NDA ally Shiromani Akali Dal MP Naresh Gujral. The monsoon session of Parliament is scheduled to begin from September 14 amid the Kovid-19 epidemic which will last until October 1.

The Whip issued by BJP’s Chief Whip in the Rajya Sabha, Shiv Pratap Shukla, instructs “All members of BJP in Rajya Sabha are, therefore, requested to be positively present in the House throughout the day on Monday, September 14, 2020, and support the government’s stand”.

NDA candidate Harivansh Narayan Singh is more likely to become the Deputy Chairman again because at present the members of NDA have increased significantly inside the Upper House. After the recent Rajya Sabha elections, the number of members of the BJP-led NDA alliance in the Upper House has now risen to 101.

On the other hand, the Congress-led UPA alliance has 65 members in the Rajya Sabha. Despite this, the Congress has decided to field its candidate for Deputy Chairman. On Tuesday, senior Congress leaders met under the chairmanship of Sonia Gandhi. In this meeting, an agenda to launch an offensive on the Modi government in the monsoon session was also prepared. Congress will be evolving a joint opposition strategy to make it an NDA vs joint opposition fight. A meeting between the Congress and leaders of other opposition parties is also likely to take place soon to discuss the strategy.

Sources close to the development claim that name of DravidaMunnetraKazhagam (DMK) leader Tiruchi Siva has been almost finalized as a common candidate by the opposition. Sources further claim that Congress and DMK chief M K Stalin have given their nod in the name of Shiva, a senior party leader and four-time Rajya Sabha MP.