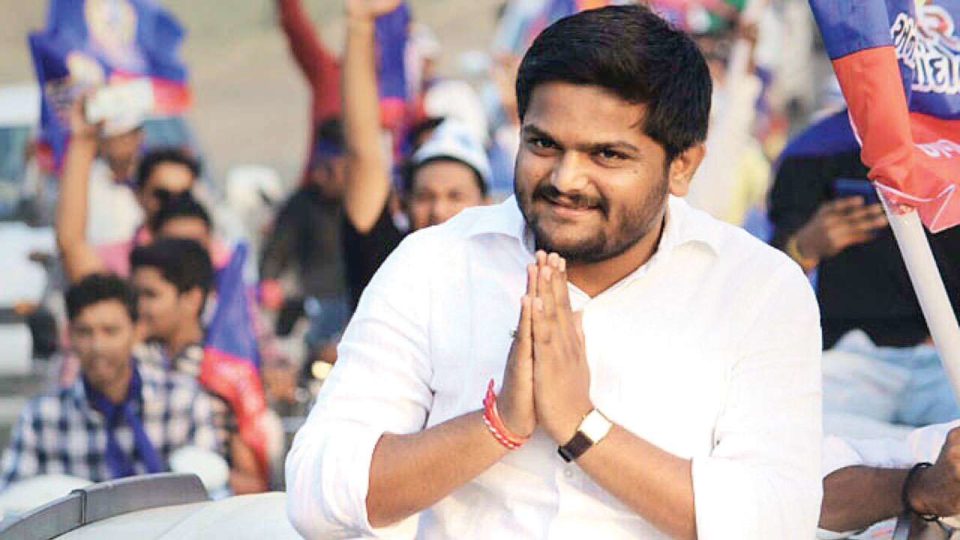 The Gujarat government has opposed the plea seeking relief from Congress leader Hardik Patel on his bail condition. Hardik, in his plea, has requested a temporary adjournment of the bail condition which prohibits him from going out of Gujarat.

Hardik, the acting president of the Gujarat Congress, was arrested in January this year for not appearing in the lower court in the 2015 sedition case. He was then granted bail by Additional Sessions Judge BJ Ganatra on the condition that he would have to seek permission from the court before going out of Gujarat.

Hardik filed a petition in the sessions court last week requesting exemption in the bail condition for 12 weeks because he often travels outside Gujarat to fulfil his obligation as the acting president of the state Congress. Patel has also said that he also has to inform his lawyer about his four cases filed in the Supreme Court. However, the investigating officer of the case, Police Inspector (Cybercrime) RJ Chaudhary, filed an application in the sessions court on Tuesday and opposed Patel’s plea on various grounds.

In his application, Chaudhary said Patel has breached bail conditions imposed by the Gujarat High Court and trial court on several occasions, has not informed the police about the change in his address and has remained absent from hearing in the sedition case on 61 occasions, among others.

Sessions Court has earlier rejected his plea seeking change in these bail conditions. The trial court had framed charges against him and others in November 2018. Patel joined the Congress before the 2019 Lok Sabha elections.

It is to be noted that Hardik has become a strong political influence in the state as he shocked BJP soon after assuming command of Gujarat Congress. In Vijay Rupani’s stronghold, Congress leader Hardik Patel made a dent in the BJP and included many workers including BJP councillor in the Congress before the election of the local body.

Additionally, 20 officials of Akhil Bharatiya Vidyarthi Parishad (ABVP) have also joined Congress. Hardik had then tweeted that the BJP government in Gujarat has made education expensive, making educated youth unemployed. In protest, many workers of Rajkot ABVP have joined the Congress party today. We the youth are the future of Gujarat and India and if we are wronged, you will get an answer.

While presenting the amended bill to curb Gujarat’s chaotic trends in the House, Minister of State for Home Pradeepsinh Jadeja said that the state government has decided to curb the goons and chaotic elements harassing society and innocent persons. Special provisions have been made in the law to ensure strict implementation of the law against such people. The state government will not tolerate hooliganism and fear.