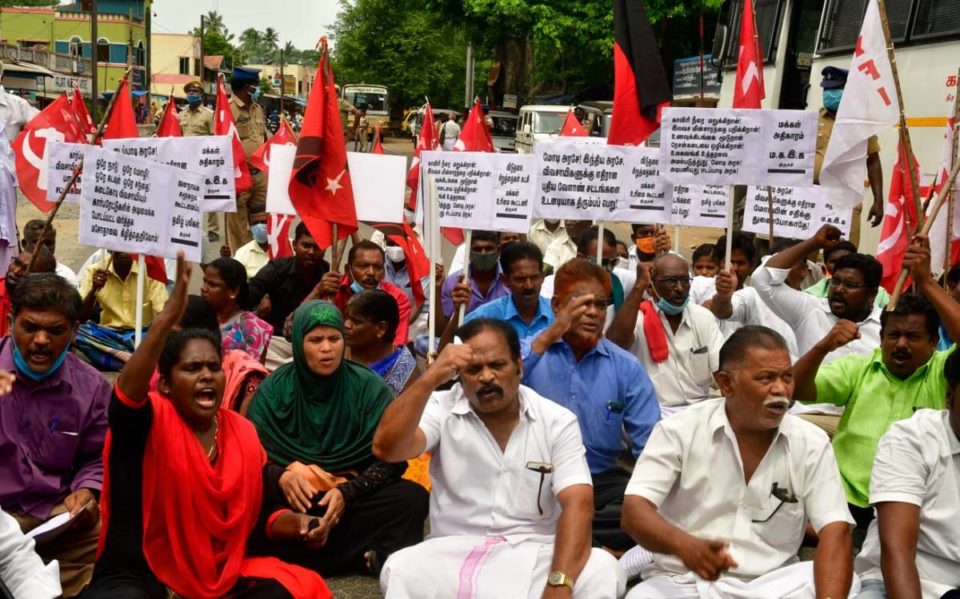 It is a peasants’ uprising that is rocking the nation for the last few days, ever since the center has passed the controversial farm bills in the parliament. Today, they have called for a nationwide lockdown in protest against the bills.

The Shiromani Akali Dal had announced to observe a three-hour chakka jam across Punjab from 11 am to 2 pm in all constituencies. The agitation has been supported by over two dozen farmers’ organizations from all across the country. Congress leads the 18 political parties throwing their weight behind this protest taking to the streets on Friday.

Although the call is for the whole nation, the epicenter remains in Punjab and Haryana for the protests. The demand for legal guarantee of minimum support prices (MSP) has garnered supports from all farmers associations, including those affiliated to the RSS. Normal life is expected to be hit as rail, road movement will be stalled.

The other organizations that have joined this Bharat Bandh include the All India Farmers Union (AIFU), Bharatiya Kisan Union (BKU), All India Kisan Mahasangh (AIKM), and All India Kisan Sangharsh Coordination Committee (AIKSCC). Apart, farmers’ bodies from Karnataka, Tamil Nadu and Maharashtra have also called for a shutdown.

Meanwhile, although they have demanded an amendment to the legislations, the RSS-affiliated farmers’ organizations like Bhartiya Kisan Sangh, Swadeshi Jagran Manch have excused themselves from today’s protest.

Punjab chief minister Amarinder Singh has assured that no arrests will be made due to violation of Section 144. However, he urged the farmers to maintain law and order and to adhere to Covid-19 safety protocols.