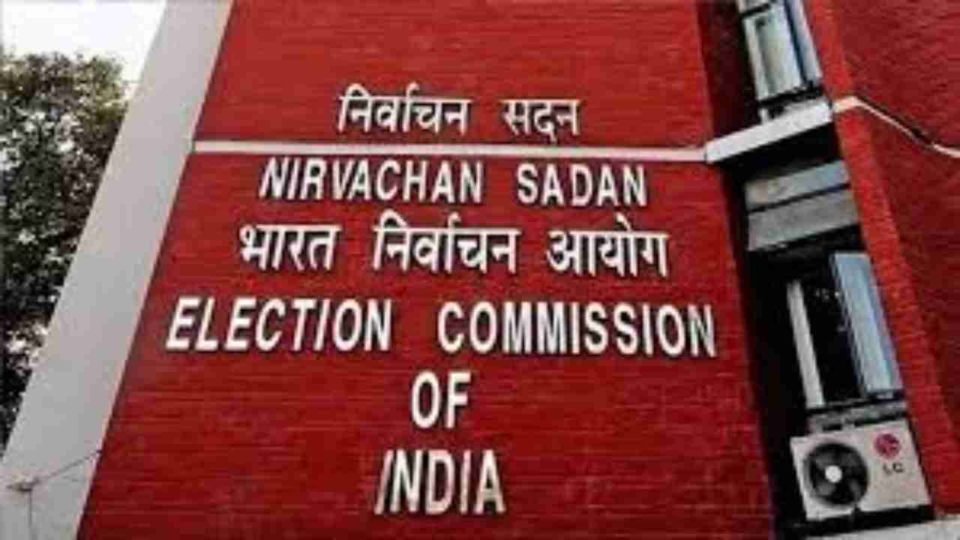 The team is scheduled tohold meeting with DMs and SPs of different districts at Patna, Muzaffarpur, Bhagalpur and Bodh Gaya, during these two days. Assembly elections in Bihar are due in October-November and it is being speculated that the commission will announce the election dates in the first week of October. The tenure of the current Assembly ends on November 29.

The team will leave for Patna in the afternoon where they are scheduled to meetwith DMs and SPs of seven districtsat Hotel Lemon Tree. The team willreview preparations for Patna, Nalanda, Bhojpur, Buxar, Saran, Siwan and Gopalganj districts in Patna.  Post review meeting in Patna the Election Commison Team will meet the Director General of police.

On Tuesday, the team will hold review meeting at Bhagalpur and Bodhgaya. On Tuesday from 9 am to 1 pm the team will hold meeting for at Collectorate Samvid Bhawan of Bhagalpurfor Bhagalpur, Banka, Munger, Lakhisarai, Sheikhpura, Jamui, Khagadiya, Begusarai, Purnia, Araria, Kishanganj and Katihar districts. The team wil then leave for Bodh Gaya where at 3PM they will meet with officials of Jehanabad, Arwal, Nawada, Aurangabad, Kaimur and Rohtas districts. Before returning to Delhi the Election Commission will hold review meeting with Chief Secretary and other senior officials in Patna.

While the election commission has reached Bihar to review the preparedness to hold elections in the state, political confusion has continued to grab headlines.  Recently, RashtriyaJanta Dal suffered a major blow as Lalu’s close aid and one of the founder members of the party &Former Union minister Raghuvansh Prasad Singh passed away on Sunday. Politics continued even after his death as Raghuvansh Prasad Singh’s family refused to take his mortal remains to the RJD office in Patna.

It is to be noted that Raghuvansh Singh had resigned from RJD three days before his death as he was upset with reports of Rama Singh joining RJD.

On the other hand, there is a lot of tussle over seat-sharing among all the parties and coalition partnersin NDA. However, amid the growing tussle Bhartiya Janta Party president JP Nadda announced that Bihar Assembly polls 2020 will be fought under the leadership of Chief Minister Nitish Kumar.

Reports claim that, JP Nadda along with former Maharashtra Chief Minister Devendra Fadnavis, who is managing the party’s campaign for Bihar polls, and BJP national general secretary Bhupendra Yadav, met Nitish Kumar at his residence where JDU expressed its desire for more share of seats along with making significant remarks about its new partner Hindustani AwamMorcha (Secular) HAM(S) party.

It has also been reported that Chirag Paswaniusunhaooy with Nitish being the face of NDA in Bihar and he is hoping to meet BJP president soon regarding this matter.

HC reprimands Punjab Govt, asks whether it should pass an order and write state govt failed to follow constitution

Crime rate in UP is on the rise as govt threatens people instead of solving problems: Priyanka Gandhi