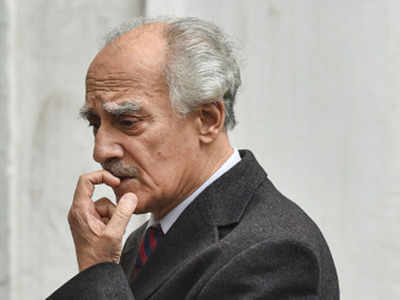 A special CBI court in Jodhpur, Rajasthan has ordered an FIR be registered against former Union Minister Arun Shourie, retired IAS officer Pradip Baijal, and three others in connection to a sale of a luxury hotel in Rajasthan in 2002. They are accused of criminal conspiracy and cheating while perpetrating the sale of the Laxmi Vilas Palace Hotel, Udaipur.

The hotel, now named Lalit Laxmi Vilas Palace, will be taken into possession by District Collector on the direction of the court.

The court alleged that Shourie, during his tenure as the Disinvestment Minister in the Vajpayee government at the Centre abused his position and independently, which cause a loss of Rs. 244 crore to the government of India in the sale. Along with him, the court also accused Baijal who abused his post as the Secretary of the department. Prima facie, both have been found guilty of the above act. The court, on September 15, of Special CBI Judge Pooran Kumar Sharma, rejected a closure report filed by the CBI in the matter.

Shourie expressed his surprise at the charges leveled against him and has confirmed of appealing against the order in the Rajasthan High Court.

“The process of disinvestment was challenged in the Rajasthan High Court earlier and the HC said there is no evidence of any undervaluation. The CBI too had closed the case saying there was no evidence of any wrongdoing. My name was not there in the original FIR and we have no idea how it has been added now.”

The FIR was filed by the CBI on August 13, 2014, concerning the sale of the hotel in 2002, which was a heritage property of the ITDC (Indian Tourism Development Corporation). The hotel was then sold to Bharat Hotels for Rs 7.52 crore, whereas the actual price of the property was worth Rs 58.87 crore and the land on which it stood of the value of Rs 193 crore. This resulted in a loss to the government of Rs. 244 crore.

The Special CBI Court order read Shourie and Baijal “criminally conspired with Bharat Hotels Ltd, Ashish Guha, Managing Director of M/s Lzard India Ltd, and Kantilal Karamsey Vikamsey of M/s Kanti Karamsey & Co to cause the Government of India a wrongful loss of Rs 244,63,91,000 and also caused a wrongful gain to the tune of the same amount to self or others”. Another name included in the order is Jyotsna Suri, Director, Bharat Hotels, as among the accused.

Shourie, on his clarification, said: “It is pertinent to note that none of these decisions of disinvestment were taken by me or by any officials personally but by the Cabinet Committee on Disinvestment headed by then Prime Minister Shri A B Vajpayee and which comprised the then Finance Minister among others. Also, a lot has been floated about the valuation and there seems to be a misunderstanding. There is a difference when an establishment is evaluated when it has closed and when it is running with all its losses and liabilities.”

Punjab will burn if forced to share water with Haryana, says Captain Amarinder