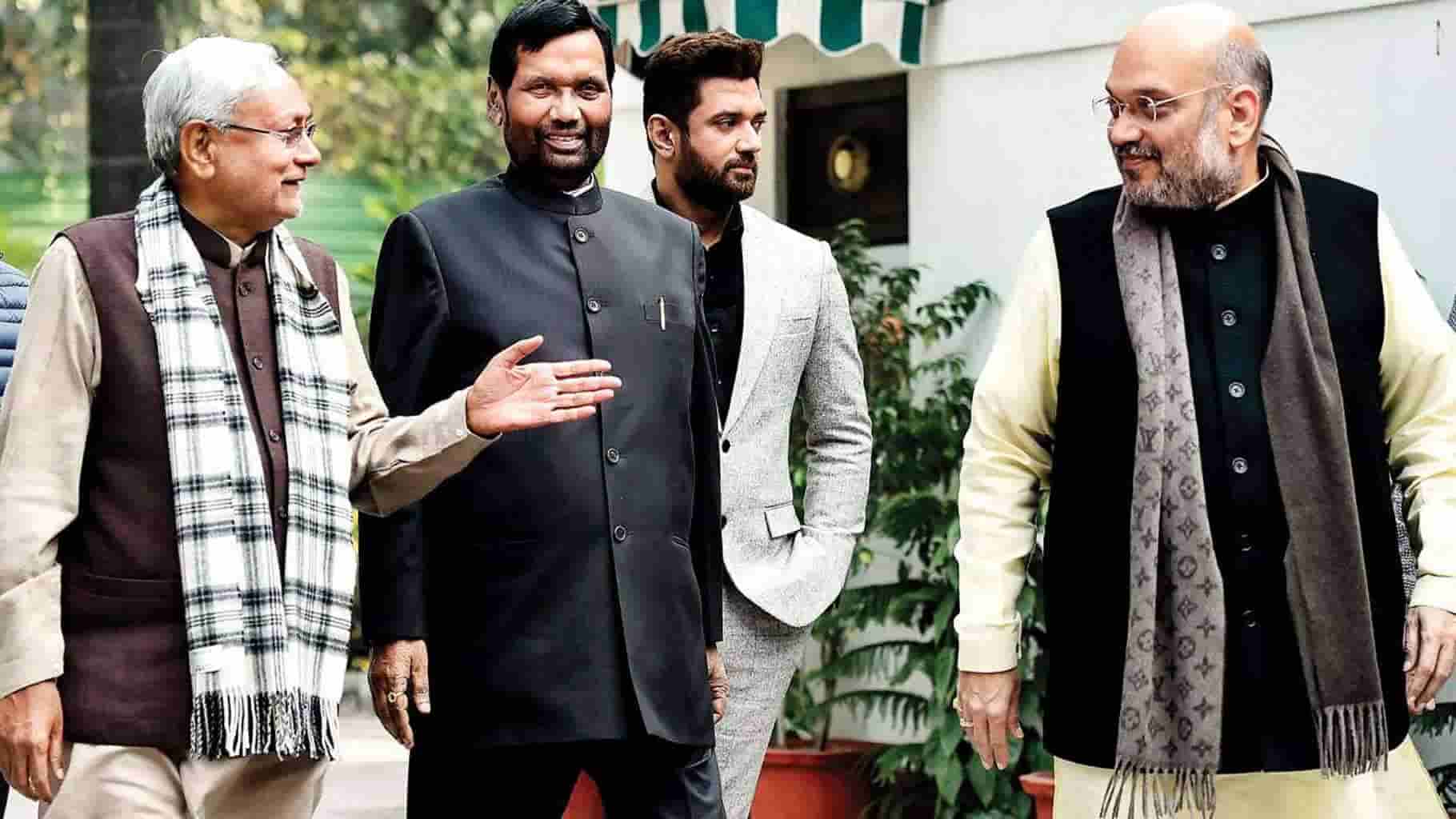 Lok Janshakti Party / LJP is holding an important meeting with its Bihar leaders on Monday to decide whether to contest the upcoming state assembly elections against JDU (JDU). In recent times, relations between the two ruling parties of the ruling NDA in Bihar have deteriorated.  A day before the meeting, LJP President Chirag Paswan (JDU) Chirag Paswan attacked JDU President and Bihar Chief Minister Nitish Kumar (CM Nitish Kumar), his decision to give a government job to the kin of the people belonging to the Scheduled Castes and Scheduled Tribes community is ‘nothing but election announcement’.

In a letter to the Chief Minister of Bihar, Chirag Paswan accused Nitish Kumar of not fulfilling the promises made earlier to the Scheduled Castes and Scheduled Tribes. Chirag further mentioned that according to the members of the SC/ST society the government is till to fulfil the promise of giving three decimals of land which has frustrated the SC/ST community.

“If the Nitish Kumar government was sincere”, it should have given jobs to kin of those from SC/ST community who lost their lives during his 15-year rule in Bihar, Paswan added.

The letter further emphasised that murder our crime and the criminal should fear the law so that serious crimes like murders can be avoided.

The letter by Chirag Paswan further emphasised on the need for drastic steps in order to stop murders in the state. He further urged the Nitish Kumar led the government to hand all the SC-ST community murder cases pending in the court in the last 15 years to the fast track court.

Sources claim that there has not been any talk about seat-sharing in the upcoming assembly elections. There is resentment within the LJP about this. LJP wanted seats to be divided by July so that the party could get time for campaigning and election preparation. However, this could not happen.

LJP and JDU have been at loggerheads for the past few months. Sources claim that LJP is looking at an option to remain a part of NDA at the centre while contest state elections separately. LJP is also thinking of not fielding a candidate against BJP in the state.

It is to be noted that, LJP contested against RJD in the Bihar Assembly elections held in February 2005. While both regional parties were part of the Congress-led UPA government at the Center. The LJP then fielded candidates against the RJD while maintaining its alliance with the Congress.

According to sources, LJP wants that the 2015 formula should be repeated this time regarding seat sharing. LJP had fielded candidates in 40 seats in the last election, but this time only 25 to 27 seats are being offered from NDA. There is a lot of resentment among the top LJP leaders.

On the other hand, the Congress will also start its virtual campaign from Monday. Congress leaders will address the people of 8 assembly constituencies of Champaran from 11.45 pm today.

Face-off at Rechin La:Situation remains tense even as ground commanders engage in talks

HC reprimands Punjab Govt, asks whether it should pass an order and write state govt failed to follow constitution