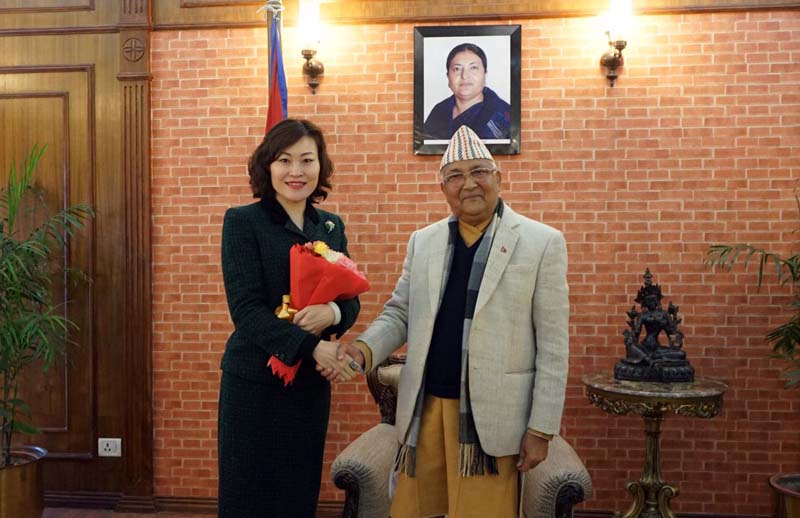 China is making a clear statement of gaining influence in South Asia in support of the Belt and Road Initiative (BRI) by sending diplomats who have close links to the United Front Works Department (UFWD). Recently, they have sent Nong Rong as ambassador to Pakistan. He also has close nexus with UFWD. Ambassador Nong replaces career diplomat Yao Jing in Islamabad this week.

Even Hou Yonqi, the Chinese ambassador in Nepal is an Asian affairs expert with a PLA intelligence background. She was Director, Department of External Security Affairs in 2012-2013. She is well-versed in Urdu, and she has been tasked by Beijing to keep the communist movement in Nepal together and not split between Prime Minister KP Sharma Oli and party president Pushpa Kamal Dahal or Prachanda.

A close watch at Chinese ambassadors posted in South Asia reveals that Beijing’s current diplomat to Bangladesh Li Jiming and former Chinese Ambassador to Sri Lanka Cheng Xueyuan had connections with the UFWD.

It is interesting to note that President Xi Jinping worked for many years at UFWD—an organization mandated with psychological operations to influence political, economic, and intellectuals in other countries and the sole objective of systematic penetration into systems of the targeted country.

All these strategic postings of ambassadors in different countries is a clear indication that China is trying to push the BRI and aggressively undermine the Indian civilizational influence.

The current imbroglio along the border between China and India is turning the situation tense in the region. Despite several rounds of talks at the diplomatic level and top brass of the armies of both countries, there is hardly any hint of a solution so far. The Chinese army PLA continues to provoke Indian soldiers and derail all peace processes.

Although UFWD is supposed to be a neutral and harmless organization, it is still a unique one that has been formed to create a critical mass of support for the Communist Party of China (CPC) among non-communists. It has a domestic as well as an international wing. At home, its role is to build sympathizers among people who are not part of the 86 million-strong CPC. The modus operandi of UFWD is to narrow down on opinion makers and try to convince them to support China’s cause. Internally, the UFWD focuses on the Chinese People’s Political Consultative Conference (CPPCC), a Maoist era advisory body that is now become a vital clog in the wheel of the Chinese political system.

Covid-19 vaccine tracker: Need not be ‘overly discouraged’, says WHO after AstraZeneca pause