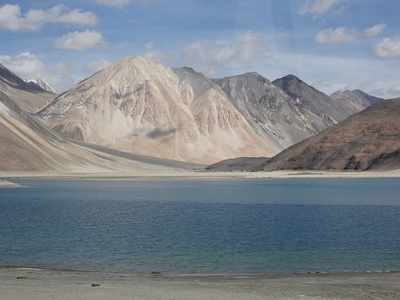 In a serious dent to the peace process between India and China after the standoff in the north bank of Pangong Tso that ignited in June, China once again tried to create a disturbance, this time in a new point during the weekend. The south bank of the lake was a peaceful zone over the last few months even as the north bank remained tense.

The Chinese army carried out military movements near Pangong Tso Lake on Saturday night which seemed to be provocative. However, the Indian soldiers thwarted them from moving further. As per government sources, the incident happened on The South bank of Pangong Tso. There has been a Commander-level meeting to ease the tension. Civilian traffic has been closed in the Ladakh-Srinagar highway to allow troops movement. There is a heavy deployment of Indian troops in the area to respond to any situation. Some Chinese soldiersare also present in the area.

The Indian army in a statement said: “On the Night of 29/30 August 2020, PLA troops violated the previous consensus arrived at during military and diplomatic engagements during the ongoing standoff in Eastern Ladakh and carried out provocative military movements to change the status quo.”

China has already blocked the Indian army from accessing five patrolling points in the area which is in the vicinity of the crucial Daulat Beg Oldie post of India near the Karakoram Pass in the north.

Ever since the showdown between the armies of the two countries on June 15 in Ladakh, which ended with the lives of 20 Indian soldiers and an unknown number of Chinese soldiers, the governments are engaged in peace talks to reach an amicable solution. But this recent Chinese act during the weekend has upset the whole peace process and chances are that it might snowball into something more volatile.

Chinese minister claims that border between the two countries not demarcated, problems inevitable

First time Modi and Xi on one platform since border imbroglio