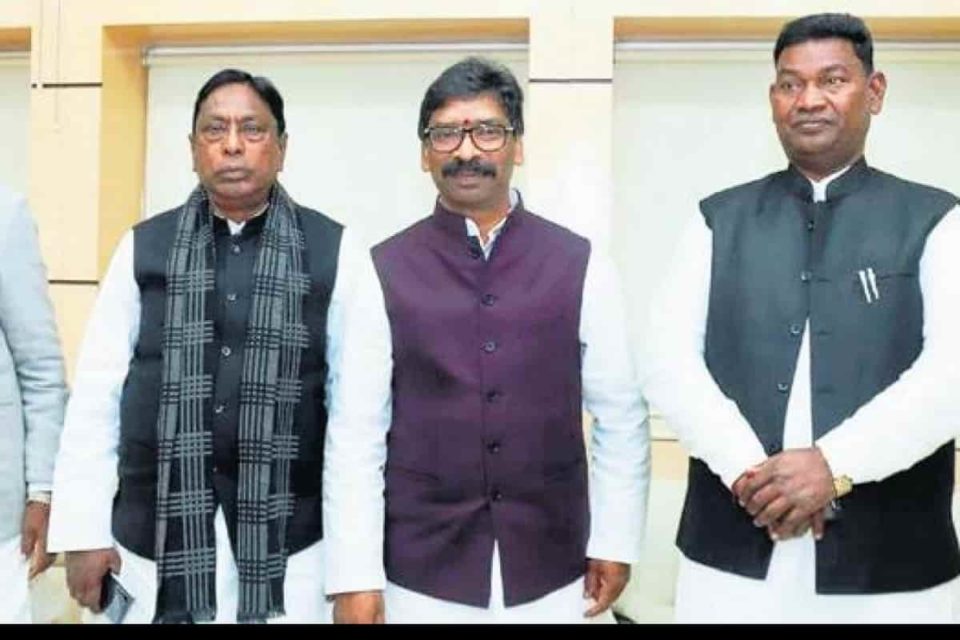 The Jharkhand Cabinet on Tuesday gave its nod to Jharkhand Land Mutation Bill, 2020, under which there will be more transparency in the land registration process. Prior to Tuesday’s decision, there was no Act in State defining the mutation and settlement of land in State. Apart from this, the Code of Criminal Procedure, Jharkhand Amendment Bill 2020 has also been approved by the cabinet.

The state cabinet also took some major steps as they passed the formation of Jharkhand Mineral Wearing Land COVID 19 Pandemic Balance Bill 2020. Under the National Food Security Act, it has also been approved to give food grains at a subsidized rate under the Jharkhand State Food Security Scheme under which 15 lakh people will be benefited.

In this bill, provision has been made to cancel illegal encroachment or double encroachment on the single land. The Additional Collector has been empowered for the same. Complaints can be registered with the Deputy Commissioner and the Division Divisional Commissioner. In this, a provision of account book has been made for the farmers. The booklet will be distributed at the zonal level.

Provision has been made to allow the state courts to hear cases in which the accused has been absconding for years and is not appearing before the court. The witnesses of the case will be able to record the statement. Documents will be examined. And when the accused is caught, then he can be punished.

Presently, the trial could not begin until the accused was present in the court. A bill related to this has been approved. The Cabinet has approved the Criminal Procedure Code (Jharkhand Amendment) Bill 2020 for amendment of Section 299 of the Code of Criminal Procedure for consideration of the suit even in the event of the absence of absconding of the accused in the criminal suit.

An amendment in the PWD Code has been approved through which those who bid at less than ten per cent rate of tender in the public works sector will no longer be rejected. At the same time, more than one applicant quoting the minimum rate can be given a work order through lottery.

The cabinet approved of the Jharkhand Fiscal Responsibility and Budget Management (Amendment) Bill 2020. Now, the state government will be able to take a loan of Rs 1848 crore, due to high expenditure in view of Corona.

The Chief Minister Shramik (Urban Employment Clearance for Workers Scheme 2020) was approved post-partum. Under this scheme, urban willing workers are to be given work within 15 days on demand. Otherwise, a provision for allowance has been made. In Ranchi, Jamshedpur and Dhanbad, Courts constituted at Civil Judge (Senior Division) level. Here, it was approved to delegate powers to hear the promises filed under Section-132 of the Jharkhand Goods and Services Tax Act-2017,cases related to GST will also be heard along with cases related to crime cases related to finance.

As border tension continues to simmer, foreign ministers of India and China likely to meet today