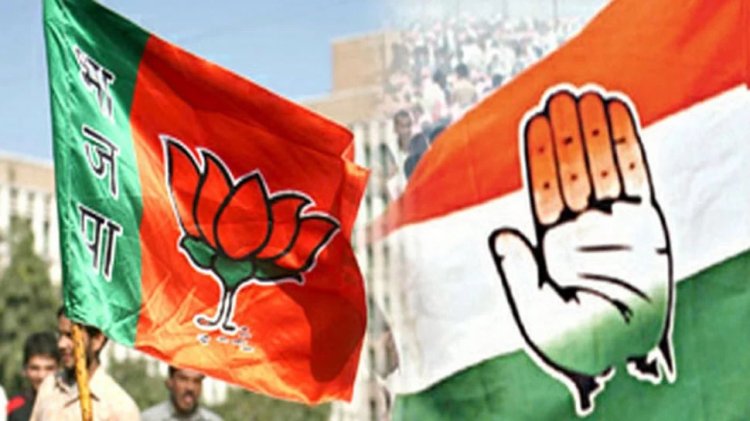 The Election Commission on Tuesday announced by-elections in 56 assembly seats and one Lok Sabha seat in 11 states including Gujarat. By-elections will be held on November 3 for the 8 assembly seats of Gujarat. The counting of votes will take place on 10 November. Thus, the ongoing speculation about the by-election during the Corona period came to a halt.

The Election Commission has announced the by-election date for 56 assembly seats and one Lok Sabha seat in several states including Madhya Pradesh, Gujarat, Odisha, Nagaland, Manipur. Votes will be cast on these seats on November 3 and counting will be held on November 10. However, the Election Commission has decided that there will be no by-election for 7 seats in Assam, Kerala, Tamil Nadu and West Bengal. By-elections will also be held on one seat of Lok Sabha from Bihar.

Deputy Chief Minister of Gujrat Nitin Patel held a press conference after the by-election was announced in Gujarat. Patel has expressed confidence that the BJP will win all the eight seats.

Before the Rajya Sabha elections, Congress MLA Pradasaum Singh Jadeja from Abdasa, JV Kakadia from Dhari, Mangal Gavit from Dang, Praveen Maru from Garhda and Soma Patel from Limbdi resigned in March last. After this, Akshay Patel from Karjan, Jeetu Chaudhary from Kaprada and Brijesh Merja from Morbi also resigned in the last June.

The eight seats were left vacant after all the eight MLAs of Congress had resigned from the party. It was reported that the MLAs were angry with the Congress leadership as their voice was not being heard by the top leadership, due to which there was resentment among the MLAs and they resigned.

The major political parties of Gujarat, BJP and Congress are also brainstorming on which candidate to field in the elections. Addressing reporters, the Deputy Chief Minister said that BJP has done remarkable work during the epidemic and the government has announced many plans during the Corona period. Patel further added that to provide financial assistance to the people government has also announced several relief packages.

Patel also attacked the Congress saying that Congress MLAs had resigned due to factionalism in that party, or why any MLA would want to quit. BJP’s Gujarat unit president CR Patil hoped that his party would win all eight seats in the by-election.

At the same time, Congress state unit president Amit Chavda told reporters that Congress workers are fully prepared to defeat those who have “cheated” with the votes of the people by joining the BJP after winning the elections on Congress ticket. He said that the party is confident of winning all eight seats.

According to the election schedule, the election notification will be issued on 9 October. October 16 will be the last date for filing nominations. Nomination papers will be examined the next day. Nominations can be withdrawn by October 17. Voting will take place on November 3 and counting of votes on October 10.