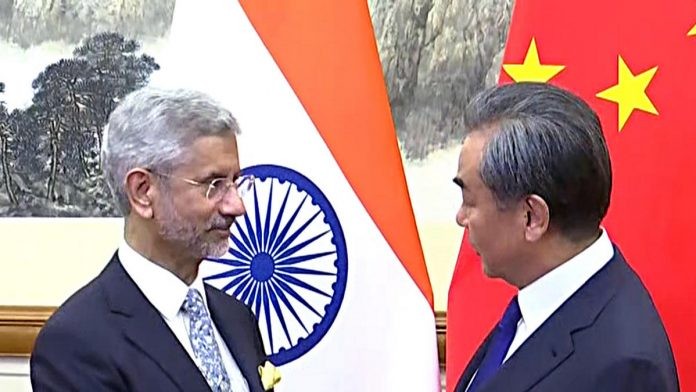 To bring the border tension under control, as the PLA and Indian troops square off along the LAC, the external affairs ministers of both countries are likely to meet today. External Affairs Minister S Jaishankar is set to meet his Chinese counterpart Wang Yi today for bilateral talks hoping to defuse tension after a surge in hostilities along the Line of Actual Control (LAC), the de facto border between the two nations.

As both the foreign ministers are currently in Moscow to attend a Shanghai Cooperation Organisation (SCO) meeting, they will meet at a luncheon of the Foreign Ministers of Russia-India-China (RIC).

The ministers are likely to deliberate on the fresh stand-off at the southern bank of Pangong Tso that took place on Monday. The Chinese soldiers armed with spears and rifles tried to provoke the Indian soldiers by trying to close in on Indian forward posts. They tried to engage the Indian soldiers in a fisticuff like the June 14 clash at Galwan Valley that resulted in the martyrdom of 20 Indian soldiers. For the first time in 45 years, shots were fired along the LAC.

Both sides blamed each other for the incident. India said Chinese soldiers, when forced to retreat, fired shots in the air. While China claimed that Indian soldiers had fired warning shots after “crossing the LAC”, a claim India vehemently declined.

The irony is, this untoward incident happened just after three days of a discussion between Defence Minister Rajnath Singh and his Chinese counterpart Wei Fenghe on the sidelines of another SCO meet in Moscow last Friday.

Rajnath Singh reportedly told Wei about Chinese soldiers’ attempts to unilaterally alter the status quo along the LAC. He pointed out that it was in violation of bilateral agreements and Beijing should work with New Delhi for complete disengagement from all friction areas including Pangong Tso.

Top government officials have acknowledged that the situation is very tense along the border. However, a war-like situation is yet to build up, fortunately. Chinese soldiers have made several attempts to drive out Indian soldiers who secured key heights. So far, several rounds of talks at diplomatic and military levels have taken place. But, it has resulted in partial Chinese withdrawal in the Galwan and North Pangong region. This is a far cry from what India expects after China moved into areas stretching from the Depsang Plains, Galwan, Hot Springs, Gogra, North, and South Pangong in May this year.

US rescinds 1,000 China student visas, alleging they have ties to the military

No locus standi on Ladakh, Arunachal as India snubs China