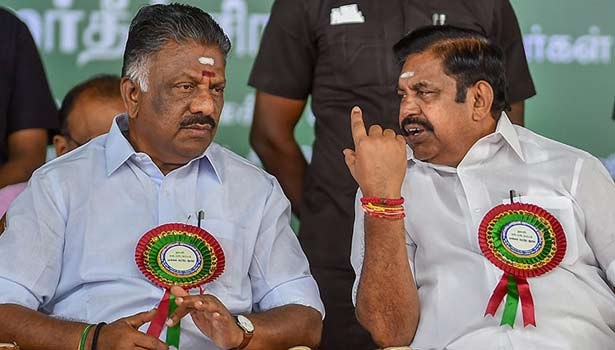 It has been reported that O Panneerselvam skipped the meeting held by CM EdappadiPalaniswami (EPS) with District Collectors to discuss measures to control the coronavirus pandemic. He has instead chosen to discuss with a few select AIADMK leaders, which included sacked Information and Technology minister Manikandan. It is said that OPS is gathering support for his Chief Ministerial bid ahead of the party’s announcement on October 7.

Earlier on Monday, a heated discussion took place between O Panneerselvam and EdappadiPalaniswami as both wanted to be the party’s Chief Minister candidate for the upcoming elections. At the meeting which lasted almost five hours, it was decided that AIADMK will announce its chief ministerial candidate for the 2021 assembly elections on 7 October.

Sources said Palaniswamy and Panneerselvam allegedly made competitive claims in the meeting to stake a claim for the Chief Minister’s candidature for the election next year and cited past incidents in their support. OPS claimed that he had been chosen by former CM J Jayalalithaa while EPS was chosen for the post by former general secretary VK Sasikala.

Palaniswami allegedly said in support of his claim to the post of Chief Minister that he was providing good governance in Tamil Nadu, which was also praised by Prime Minister Narendra Modi.

According to the leaders in the committee’s proceedings, great leaders including Power Minister Thangamani and Municipal Administration Minister Velumani remained neutral throughout the course and only helped the dialogue. However, sources reveal that the discussion was tilted in favour of CM EPS and the face of the party.

It was revealed that everything is not right within the ruling AIADMK in Tamil Nadu. A day after the monsoon session of the assembly ended, Deputy Chief Minister O.K. Panneerselvam called an emergency meeting. Any general statement from the party was issued under the signature of Deputy CM Panneerselvam and Chief Minister Palaniswami, but a recent statement was only signed by the Deputy CM ie Coordinator.

India’s daily Covid-19 case count drops to 70,589 while recoveries surge to over 82 percent