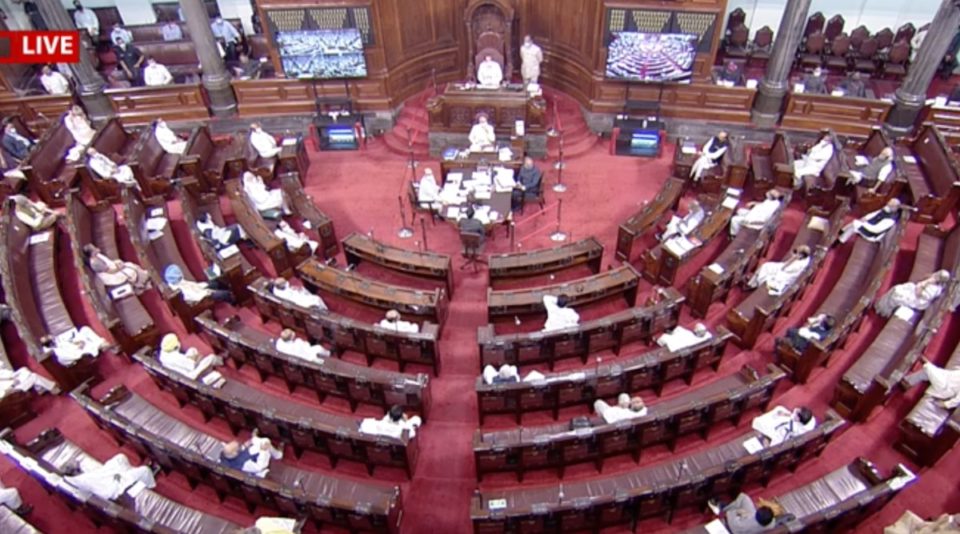 The firm bills seemed to have irked many opposition parties apart from the Shiromani Akali Dal, the long-time ally of the BJP. Now, eight MPs including Trinamool Congress’ Derek O’Brien of the Rajya Sabha have been suspended for a week on Monday as they had created chaos in the house.

The other suspended MPs include— TMC’s Dola Sen, Sanjay Singh of the Aam Aadmi Party (AAP), Congress leaders Rajeev Satav, Ripun Bora, and Syed Nasir Hussain and KK Ragesh and Elamaram Kareem of the CPI (M). They are accused and suspended for “bringing disrepute to the House”.

On Sunday, the Rajya Sabha passed two controversial agricultural bills— The Farmers’ Produce Trade and Commerce (Promotion and Facilitation) Bill, 2020, and The Farmers (Empowerment and Protection) Agreement on Price Assurance and Farm Services Bill, 2020. They were passed by voice vote as the House was brought down with outburst by protesting MPs. There was utter chaos in the house with vehement slogan-shouting by opposition MPs who were led by the Trinamool Congress. Members of the Trinamool Congress scaled on to the chairperson’s podium demanding a discussion.

Another bill, the Essential Commodities (Amendment) Bill, 2020, part of the broader farm liberalization plan, could not be taken up on Sunday.

The opposition MPs resorted to shouting and hooting after deputy chairperson Harivansh snubbed their demand for a division of votes on a resolution to send the two bills to a select committee. The House was also adjourned for a short while due to the furor inside.

Soon after the House passed the two bills justifying reforms in agriculture, as many as 100 members from 12 opposition parties moved a no-confidence motion against the deputy chairman.

Rajya Sabha chairman, M Venkaiah Naidu, also did not agree to the no-confidence motion of opposition MPs against deputy chairman Harivansh. As per the chairperson, the motion is non-admissible under Article 90 of the Constitution.

Gadkari: Three expressways/green corridors to be completed in 3 yrs